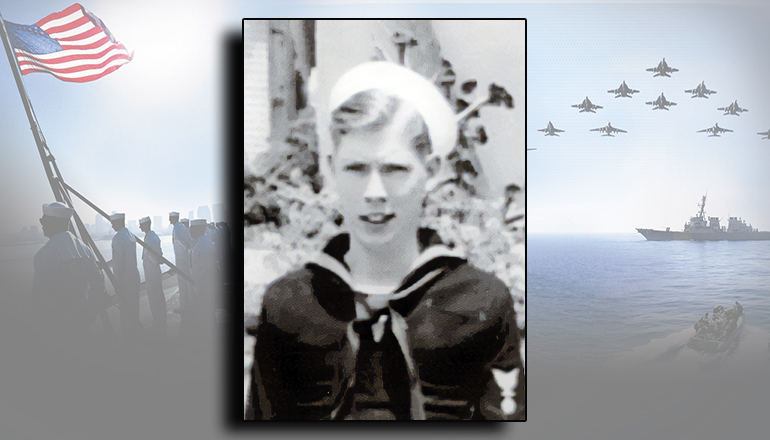 A memorial service will be held on Saturday, October 9, 2021, in the Laclede Cemetery to recognize and honor U.S. Navy Sailor George Merton Gooch from Laclede. He was killed in action when the Japanese attacked Pearl Harbor on December 7, 1941.

Gooch will be laid to rest in a 1 o’clock memorial service. Full Navy Military funeral honors will be conducted by members of the U.S. Navy. Arrangements are by the Rhodes Funeral Home in Brookfield.

At the time, Gooch was declared dead while missing in action or lost at sea. His remains were identified on September 14, 2020. The Department of Defense and the Defense POW/MIA accounting agency has a program to identify sailors from the Battleship USS Oklahoma. The program matches the sailor’s DNA against the DNA of family members.

According to Unidentified Wiki, George Gooch was born to Linn and Hulda Gooch on April 23, 1919, in Purdin, Missouri. The youngest of six siblings, Gooch joined the Navy in 1939. His service number was 3422506. At the time of his death, he was ranked Petty Officer Third Class and his specialty was Electrician’s Mate Third Class.

Gooch’s name is featured on the USS Oklahoma Memorial and the Honolulu Memorial of the Courts of the Missing. An additional grave dedicated to him is in Block 1, Lot 46, Space-A in the Laclede Cemetery in Laclede, Missouri. Two spaces from it is a grave dedicated to his brother, Eugene, who was killed in action in France in 1944.

George Gooch was a 1937 graduate of Laclede High School. At the time of his death, Gooch was awarded the Purple Heart. His specialty was electrician’s mate third class.