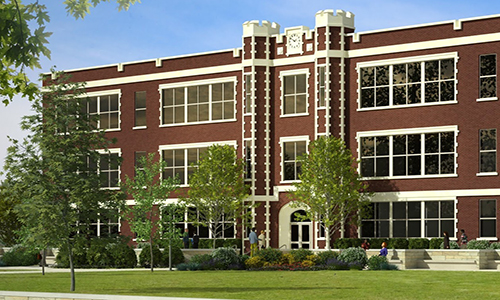 The North Central Missouri College Board of Trustees approved tuition and fees as well as room and board for the 2019-2020 academic year at its meeting Tuesday evening.

Tuition and fees increased for everything, except Dual Credit and Early College. Tuition will be $87 per credit hour for NCMC district students, $148 for other Missouri residents, and $179 for other United States residents and international students. That is an increase of $2.00 for in-district students, $3.00 increase for Missouri residents, and $4 for other residents. The fee is $162 per credit hour for online, outreach, and course by arrangement, which is an increase of $3.00.

Associate Vice President for Business and Finance Tyson Otto said increasing the tuition and fees was the only way to keep up. He reported budget projections for the fiscal year 2020 are based on level enrollment figures and the expectation of no increase in revenue from state appropriations. It will be the third consecutive year of no increase in state funding. Trustee Chris Hoffman said he would like to see how NCMC tuition and fees compare to other community colleges. Otto said NCMC is still on the low end of costs.

The board approved recommended changes to course fees for several classes for the 2019-2020 academic year. Fees for Principles of Safety, Maintenance Awareness, Quality Practices, and Manufacturing Processes were each adjusted to $195 each to reflect current pricing. Vice President of Academic Affairs Doctor Tristan Londre said the adjustment includes Manufacturing Skill Standards Council candidate registration of $60, the curriculum module of $90, and an assessment of $45.

A course fee of $110 was added to Motor Controls, Programmable Logic Controllers 1, Fluid Power, and Industrial Mechanics to cover the cost of an Amatrol seat license, which can serve as a textbook for the courses. Londre noted the courses were previously offered through grants and did not have fees attached.

Associate Vice President for Student Affairs and Dean of Students Doctor Kristen Alley reported the room and board rates were based on a projected eight and a half percent increase in water rates and no increase in other utility rates.

There is a projected increase of just over two percent in the Consumer Price Index for 2020 and NCMC is moving toward the higher end when comparing the cost of room rates at Missouri community colleges and the surrounding area. Alley noted there will also be a two percent contractual increase in board rates for the 2019-2020 academic year provided by Great Western Dining.

Great Western agreed to donate $25,000 to NCMC, with the primary amount applied to the cost of an indoor smoker and charbroiler with a refrigerated base.

The board also approved several employments and transfers. The reemployment of full-time faculty for the 2019-2020 year was approved, pending staffing reductions related to loss of state or federal revenue. Salaries will be determined at a later date.

Katherine Tabbert of Trenton was approved as the Trio Administrative Assistant. She began the non-exempt, full-time classified staff position March 18th at a rate of $12.28 per hour.

Two women were approved as Green Hills Head Start directors. Sue Ewigman of Marceline will transfer from Head Start Education Specialist to Head Start Director: Home-Based and Early Childhood. Janet Gott of Trenton will transfer from Head Start Education Coordinator to Head Start Director: Centers and Administration. Ewigman and Gott will begin their positions on April 1st, and their annual salaries will be $74,000. They have been serving as interim co-directors since previous director Doctor Beverly Hooker retired.

The Board of Trustees approved the transfer of full-time Head Start employee Shelby Evans of Powersville to Unionville Co-Teacher. Sherry Spears of Trenton was hired as a full-time cook at Trenton Head Start. Evans and Spears will begin their positions Wednesday, March 27th.

The Ketcham Community Center will remain on its standard summer hours of operation.

Klaver expressed appreciation to the trustees for the care packages sent with the men’s basketball team on its trip to Danville, Illinois for the National Junior College Athletic Association Division 2 (II) National Basketball Tournament. He reported the NCMC website received 20,000 hits in three days, and the college is 60 applications ahead of where it was last year at this time. He believes it is because of the basketball team’s recognition.

Klaver provided a state budget update noting the House Budget Committee finalized its version of the fiscal year 2020 budget this week. The proposed budget will move to the full House for discussion. One change during the committee markup included $332,500 as one-time funding to Crowder College for nursing program expansion.

Vice President of Academic Affairs Doctor Tristan Londre reported NCMC’s Registered Nursing program was ranked number eight out of 53 by the Registered Nursing website. He said the school is “on track” to implement the Missouri Civics requirement in July, where students must pass a Civics Exam.

Alley announced that 515 total degrees will be awarded to 484 unduplicated applicants representing 10 states and six countries at two graduation ceremonies May 11th. Missouri Coordinating Board for Higher Education Vice Chair Mike Thomson will speak at the commencement ceremony at 9 o’clock that morning. Wright Memorial Hospital and Hedrick Medical Center Chief Executive Officer Steve Schieber will speak at the second ceremony at 1 o’clock in the afternoon. Alley noted a pancake breakfast and rehearsal will be held May 10th.

Board of Trustees Clerk Vicki Weaver reported the board took action on a real estate matter during an executive session. The information is to be released within 72 hours.

After the executive session, the board approved funding the construction of the new Trenton Head Start educational facility as required by Head Start regulations.