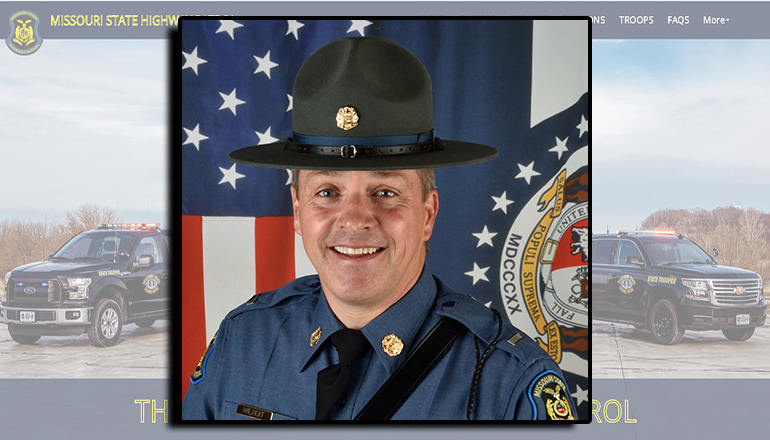 Lieutenant Steven V. Wilhoit, Q/DDCC, will be promoted to the rank of captain and named commanding officer of Troop A, Lee’s Summit, MO.

Wilhoit was appointed to the Patrol on July 1, 1996, as a member of the 72nd Recruit Class. Upon graduating from the Patrol’s Law Enforcement Academy in Jefferson City, he was assigned to Troop B, Zone 3, Linn, and Chariton counties. On June 1, 1999, he transferred to Zone 2, Macon, MO. He was promoted to corporal and designated assistant zone supervisor of Zone 3, Linn, and Chariton counties on March 9, 2003. Wilhoit also served as assistant zone supervisor in Zone 2. On December 1, 2005, he transferred to the Division of Drug and Crime Control, Troop B Unit, Macon. He was promoted to sergeant on June 1, 2008, and remained in that assignment. On July 1, 2014, Wilhoit was promoted to lieutenant and assigned to the Division of Drug & Crime Control, General Headquarters, Jefferson City.

Capt. Wilhoit was born in Shelbina, MO. He graduated from South Shelby High School, Shelbina, MO, in 1987. In 1991, he graduated from Central Missouri State University, in Warrensburg, MO, with a Bachelor of Science in criminal justice. He is currently attending the Missouri Leadership Academy (Class #6). Capt. Wilhoit and his wife, Tamara (Milburn), have three children, Elyse, Sophia, and Dwight.