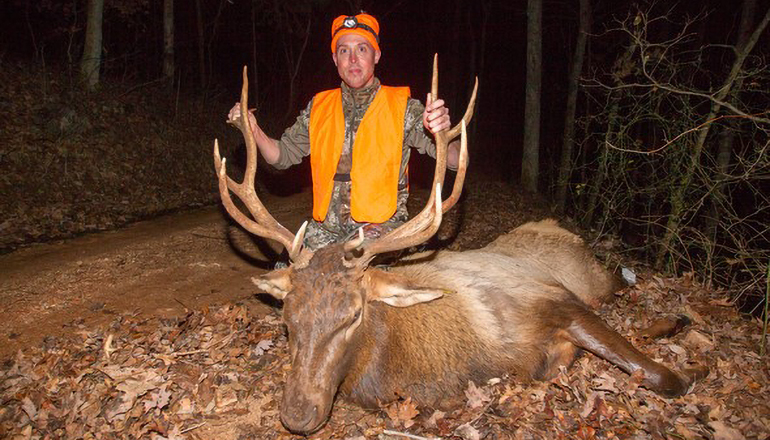 Missouri’s second elk season comes after years of restoration efforts of the native species by MDC, numerous partners including the Rocky Mountain Elk Foundation, and many supporters including local communities and landowners.

During last year’s inaugural elk season for Missouri, all five hunters that were drawn harvested an elk. Learn more about their hunts, including tips for a successful hunt, from the April issue of the Missouri Conservationist article, “Talking and Stalking: Inaugural class of elk hunters shares lessons learned,” online at THIS LINK.

“The timing of the season was designed to come after the peak of elk breeding during late September and early October and to avoid, as much as possible, the elk season coinciding with portions of the firearms deer season,” explained MDC Elk and Deer Biologist Aaron Hildreth.

MDC will require a $10 application fee for all applicants. Those selected for each of the five permits must pay a $50 permit fee. All permits are nontransferable.

MDC will limit the random drawing to one application per-person, per-year with a 10-year “sit-out” period for those drawn before they may apply again.

Beginning this year, at least 10 percent (with a minimum of one) of the elk-hunting permits will be awarded to approved landowners with 20 or more contiguous acres in Carter, Reynolds, or Shannon counties. This year there will be one permit set aside for qualifying landowners.

All elk-hunting permits, including those allocated to approved landowners, can be used in Carter, Reynolds, and Shannon counties, except the refuge portion of Peck Ranch Conservation Area.

“The allowed hunting methods for each season portion will be the same as for deer hunting,” Hildreth said. “The permits will allow for the harvest of one bull elk with at least one antler being six inches or greater in length. Successful hunters must Telecheck their harvested elk by 10 p.m. on the day of harvest, like for deer.”

To apply for an elk permit, applicants must be Missouri residents at least 11 years of age by the first day of the hunt. Those selected to receive a permit must have their hunter-education certification or be exempt by age (born before Jan. 1, 1967) before they may purchase the permit. All applications must be completed online or at a local vendor.

To be considered for the elk-hunting permits allocated to approved landowners, qualifying landowners that have at least 20 acres in Carter, Reynolds, or Shannon counties are required to submit their property information through MDC’s Landowner Permit Application at THIS LINK before applying for an elk-hunting permit.

Results of the random elk-permit drawing will be available by July 1. Applicants can check to see if they have been selected for an elk-hunting permit at THIS LINK by logging into “Manage Your Account” and selecting “View My Special Hunt History.”

For more information on elk hunting in Missouri, visit THIS LINK.

Elk are a native species in Missouri that disappeared from the state due to unregulated hunting during the late 1800s. With the help of numerous partners and supporters, including the Rocky Mountain Elk Foundation, MDC reintroduced about 100 elk to a remote area of the Missouri Ozarks in 2011, 2012, and 2013. Most were cow elk with some calves and immature bulls.

Their numbers have grown to more than 200 with an annual herd growth rate of over 10 percent and a herd ratio of more than one bull elk for every four cow elk – three key biological benchmarks that needed to be met prior to the establishment of an elk-hunting season in Missouri. Their range has expanded in recent years to cover portions of Carter, Reynolds, and Shannon counties. The elk restoration zone consists of nearly 80 percent of public land interspersed with tracts of private property. Learn more about elk restoration in Missouri at short.mdc.mo.gov/ZYJ.