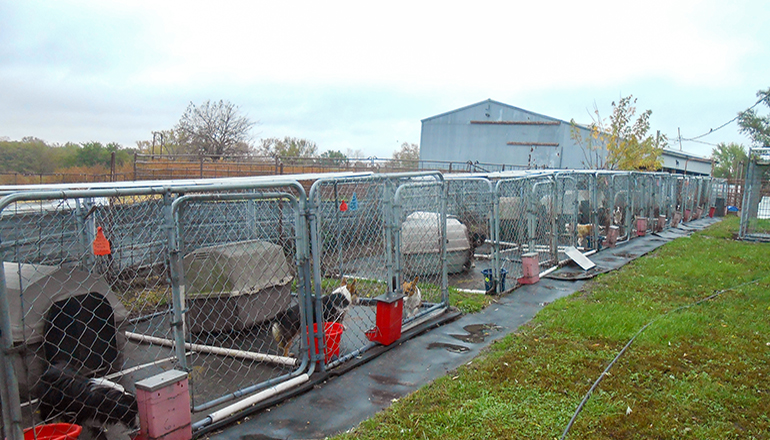 The lawsuit notes that the owners of Little Bit Ranch, Angela and Danny Noland, have been operating without an Animal Care Facilities Act license since January 31, 2020, and roughly 50 violations of the ACFA have been found by the Missouri Department of Agriculture across eight inspections since August of 2019.

The TRO application notes, “The eight inspections demonstrated that Defendants’ facility had inadequate shelter; unsanitary enclosures with an excess accumulation of feces and food waste; dogs suffering due to inadequate or untimely veterinary care, including multiple instances of dogs with loose, sometimes bloody stool, matted fur, severe eye infections, and other health issues; sharp, rusted points in animal enclosures; living spaces that were too small and that did not contain adequate flooring; food receptacles that contained mold, caked food, and even a maggot; and Defendants have repeatedly failed to provide access to potable unfrozen water.”

The last inspection conducted by the Missouri Department of Agriculture, which occurred on April 20, 2020, found multiple new and recurring violations of the ACFA.

The lawsuit states that the ACFA license issued to Angela and Danny Noland expired on January 31, 2020, and Little Bit Ranch has been operating without a license since.