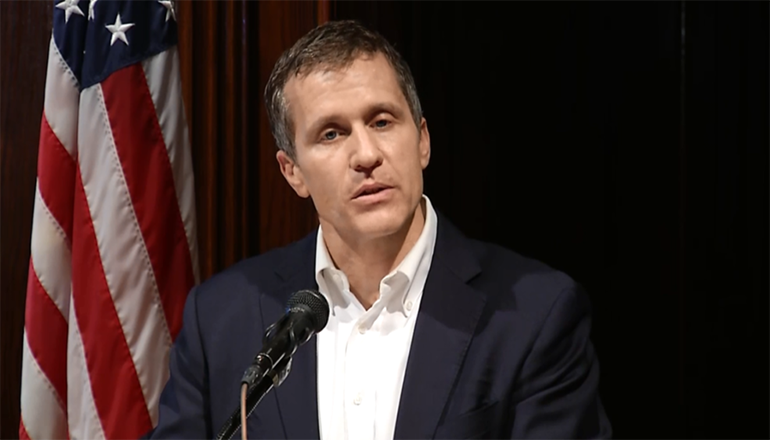 The statement said they believe the governor put the best interest of Missourians first by choosing to resign. The statement went on to say that the House will help ensure a smooth transition of power to Governor Mike Parson.

State Treasurer Eric Schmitt said now is the time for Missourians to come together and work toward a better future for the state. He noted he will also focus on helping ensure a smooth transition of power, so the state government can continue to serve Missourians without interruption.

U. S. Senator Roy Blunt said he believes the Greitens made the best decision for his family and the state. He added that he looks forward to Parson’s leadership and will do everything he can to be helpful.

Senate President Pro Tem Ron Richard said he believes the governor made the right decision. He has confidence that Parson and other leaders across the state will continue to build a better Missouri.

Majority Floor Leader Mike Kehoe said the governor’s announcement marks the end of a drama that has drawn on for too long. He added that it is regrettable that the state is in this position, but it would have been far more regrettable for this to continue to drag on.

Missouri Republican Party Chairman Todd Graves said Parson has always worked hard for Missourians, and he is certain Parson will continue to hold a strong commitment to the state as governor.