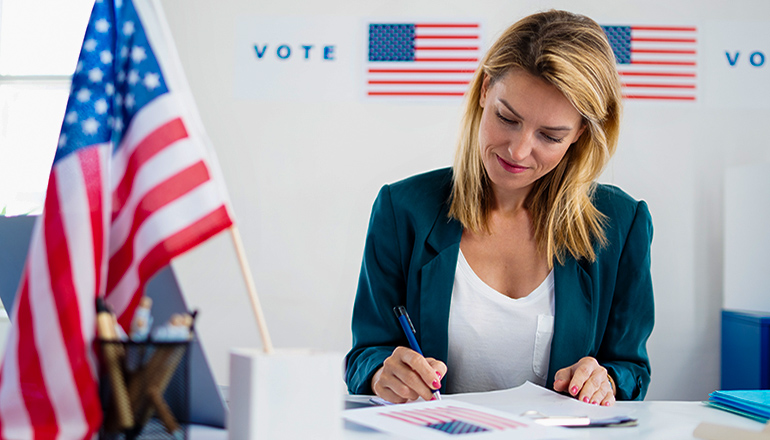 It is National Poll Worker Recruitment Day, and with April municipal elections coming up, clerks and boards of election across the state are looking for poll workers to help them run as smoothly as possible.

Poll workers, sometimes known as election judges, have a number of responsibilities on Election Day. They set up the polling place, make sure the equipment is working, check voters in, and make sure they are registered, so they can cast their ballots.

Nicholle Spencer, the public information coordinator for the St. Louis County Board of Elections, noted there are hundreds of polling places across the county, and voters can choose any one of them.

“With a staff fairly small at the actual Board of Elections, we really rely on our poll workers to help us staff up polling locations,” Spencer explained.

Spencer pointed out people can sign up online to become an election judge on the St. Louis Board of Elections’ website, or by calling 314-615-VOTE. Information on how to get involved in other cities or counties can be found on county clerks’ websites.

Spencer added for many poll workers, it is a way to give back to their community.

“It gives them a chance to kind of get out at the polling places and continue to be educated on democracy and exactly what the election law said,” Spencer noted. “Not only that but just to help people. I think the election judges enjoy being able to do all they can to make voters feel comfortable in being able to cast their votes without any issues.”

Jay Ashcroft, Missouri Secretary of State, said it is important elections are run by people from the community.