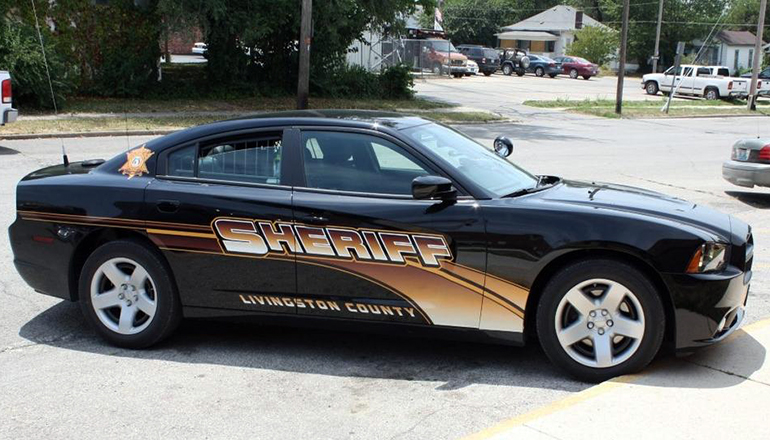 Livingston County Sheriff Steve Cox reports no one was arrested after officers responded to a call of an alleged domestic violence in progress the night of July 22, in which a male was reportedly pointing a handgun at a victim.

The Highway Patrol and a Chillicothe Police officer also responded to a home in the north part of Wheeling to assist, as the occupants of the home were said to initially not comply with the officer’s demands to exit. The Linn County sheriff was also sending a deputy to assist.

Cox reports a man was detained later, and an investigation did not support that a physical altercation took place. The handgun was actually an air gun, and no credible evidence was found to support the air gun was pointed at anyone. The caller allegedly fled the area before officers arrived. Cox says that person was later spoken with and unable to provide credible information or evidence.

No one was injured, but it was noted one officer almost struck a deer responding to the scene.

On another matter, the Livingston County Sheriff’s Office recently worked with Grundy County authorities to investigate a residential burglary where money and several firearms were reportedly taken from a Livingston County home.

Cox says the investigation led to a suspect or suspects in Grundy County, and officers found and arrested an adult male on a probation and parole warrant. Officers then served a search warrant in rural Grundy County, where a firearm was seized that had allegedly been stolen from the Livingston County home. Other items were also seized.

Information is being submitted to prosecutors in Grundy and Livingston counties for consideration of charges. Cox notes investigation continues as to the whereabouts of the remaining firearms and other persons involved in the crimes.