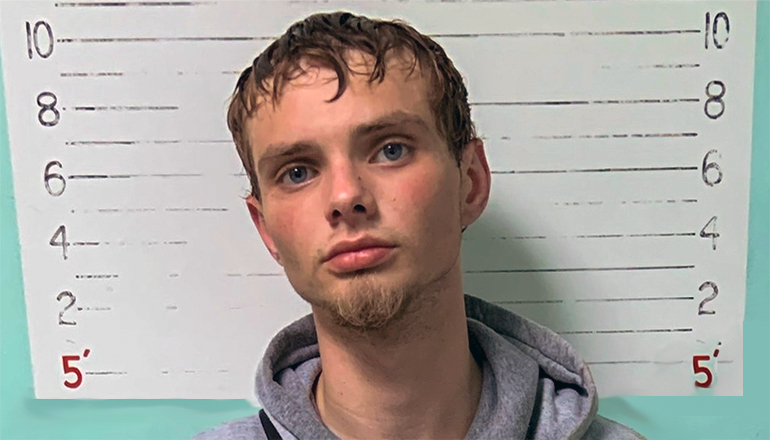 A preliminary hearing was held in the Associate Division of Sullivan County Circuit Court on July 22 for a Milan man charged with first-degree murder after his wife was found dead in May.

Twenty-one-year-old Edward James Elijah “Eli” Withey had his case bound over to Division One of Circuit Court and is to appear for arraignment on August 4. Withey has also been charged with the felonies of armed criminal action and abandonment of a corpse.

A probable cause statement says friends of Eli Withey’s wife, Mattie, went to the couple’s apartment in the 300 block of North State Street and found her body on the floor. She had an apparent gunshot wound to her face.

Upon Eli Withey’s arrest, law enforcement observed red stains, which appeared to be blood, on the hooded sweatshirt he was wearing.

The probable cause statement notes that during the execution of a search warrant at the apartment, officers found a .22 caliber Savage rifle in the same bedroom in which Mattie was found, and a half-pint Ball jar with ammunition was found in the living room.