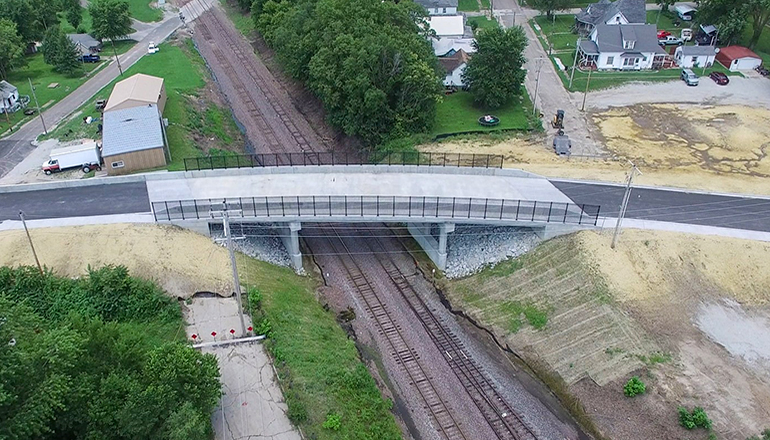 One of the funding sources for the new 17th Street Bridge in Trenton was the Missouri Department of Economic Development which issued what is called a “Community Development Block Grant.” The grant to the city of Trenton was $500,000, which is part of the $3,400,000 bridge project.

A stipulation for the grant is the state-required “close out” hearing to receive input from city officials and anyone from the public. The hearing is scheduled for Monday, August 9, 2021, at 4 o’clock at the Trenton City Hall.

City Administrator Ron Urton was asked what might happen at the hearing.

Green Hills Regional Planning Commission based in Trenton was the administrative entity for the grant.

Other funding sources for the 17th Street Bridge project are the Union Pacific Railroad which has released ownership of the bridge to the city, the Missouri Department of Transportation, and a loan of $1,400,000 obtained by the city of Trenton and paid from the three-eights of a percent local sales tax.