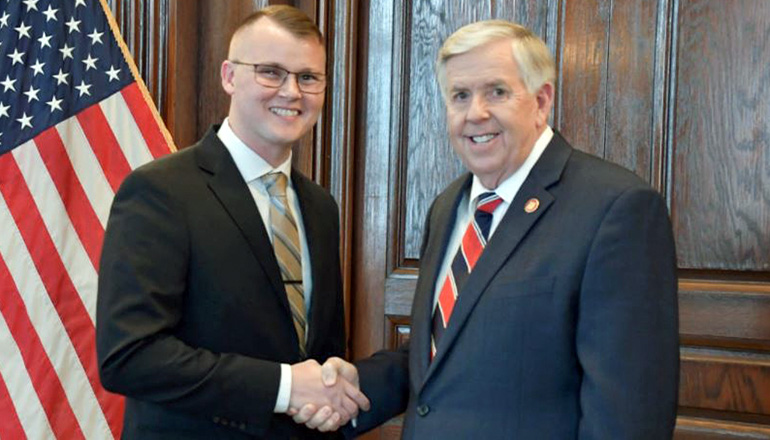 A Missouri state trooper who was shot last month in the line of duty was a special guest at this week’s State of the State Address.

Governor Parson recognized Trooper Colton Beck, who was shot by a suspect during a routine traffic stop.  Trooper Beck was hit by gunfire which struck him in the face, neck, and upper torso. Despite his injuries, Beck assisted fellow officers although the wounds posed a serious threat to his life.