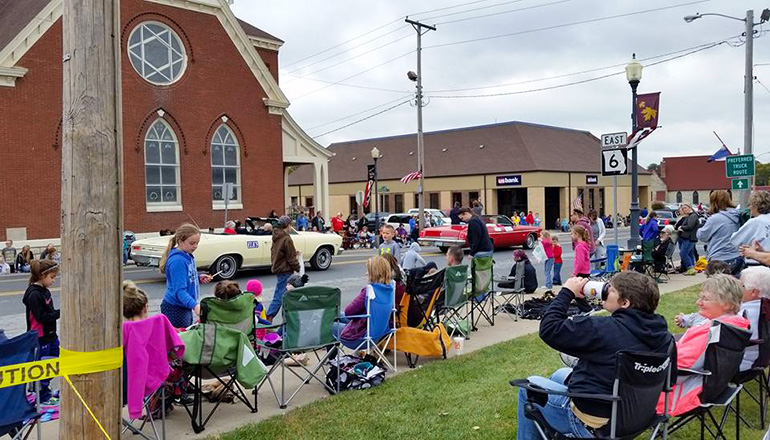 The announcement of the Missouri Day Parade Grand Marshal occurred when members of the Trenton Rotary Club were guests on KTTN’s Open Line.

Scott Sharp is a member of the parade steering committee:

It was recently announced that Trenton R-9 custodian Graham McVay will be retiring at the end of the current school year following a 35-year career.

The Missouri Day Festival Parade on Saturday, October 15th begins at 8:30 am and will begin at the intersection of Main and Crowder streets, then travels Main Street to 9 Street, turns left onto 9th Street before ending at Bulldog Avenue.

KTTN will have coverage of the parade when it passes by our location on 9th Street. High school marching bands exit at Normal Street to proceed to the high school and the football field for other competitions.

Entries for the parade are on the Trenton Chamber of Commerce website  There’s no entry fee unless the entry involves a political candidate, organization, or has a political theme. In that case, there’s a $25 charge payable in advance to the Rotary Club.

There are nine categories for entries if they wish to be judged. Rotary Club President Michael Ormsby announced a change in the prizes for winning entries:

“Missouri Day – Homegrown since 1985” is this year’s parade theme.