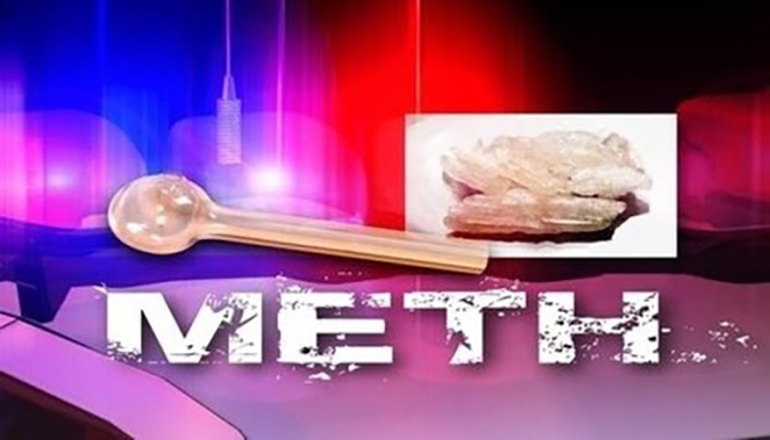 A Fair Grove, Missouri, man who is a member of the Southwest Honkys violent prison gang pleaded guilty in federal court to his role in a drug-trafficking conspiracy in which investigators intercepted a shipment of nearly 9.5 kilograms of methamphetamine.

According to a plea agreement, Jones was identified as a mid-level member of the Southwest Honkys prison gang who had declined a leadership role.

Jones, under the surveillance of law enforcement, drove to the Kansas City, Missouri area on Oct. 11, 2017, and checked into an Independence, Missouri, hotel. A few days later, co-defendant Justin L. Rhoads, 32, of Lebanon, Missouri, met Jones in the hotel’s parking lot. They put a large duffel bag in the cab of Rhoads’s pickup truck, and he left the parking lot. Rhoads was later stopped by a Missouri State Highway Patrol trooper on Missouri Highway 13, just south of Humansville, Missouri. The trooper searched Rhoads’s vehicle and found 10 Ziploc-style plastic bags inside the duffel bag that contained a total of approximately 9,439 grams of methamphetamine, which was determined to be at least 93 percent pure.

Rhoads pleaded guilty on Dec. 16, 2019, to his role in the drug-trafficking conspiracy.

Under federal statutes, Jones and Rhoads each are subject to a mandatory minimum sentence of 10 years in federal prison without parole, up to a sentence of life in federal prison without parole. The maximum statutory sentence is prescribed by Congress and is provided here for informational purposes, as the sentencing of the defendants will be determined by the court based on the advisory sentencing guidelines and other statutory factors. Sentencing hearings will be scheduled after the completion of presentence investigations by the United States Probation Office.

This case is being prosecuted by Assistant U.S. Attorney Josephine L. Stockard. It was investigated by the Drug Enforcement Administration, the Springfield, Mo., Police Department and the Missouri State Highway Patrol.