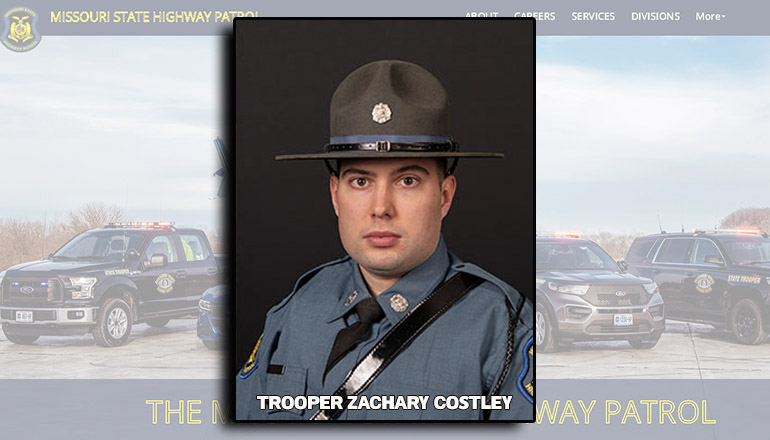 Trooper Zachary T. Costley, of Missouri State Highway Patrol Troop D, is the December 2021 Department of Public Safety Team Member of the Month for the thoroughness of his investigative work following a traffic stop, which likely prevented an attempted kidnapping.

On Aug. 8, 2021, Zachary conducted a traffic stop for a registration violation on U.S. Highway 65 in Taney County. Zachary called for backup after the driver refused to identify himself. After two officers arrived on the scene, Zachary advised the driver he was under arrest.

The driver resisted, and it required all three officers to place the man in handcuffs after a brief struggle. A search of the man’s pockets revealed a list of items that could be used in a kidnapping or planned assault – duct tape, zip ties, a bat, and a stun gun. Zachary applied for a search warrant and found some of the listed items in the vehicle. He also applied for a search warrant for the driver’s cell phone and learned the man and his wife were allegedly conspiring to kidnap their children from a foster home. A review of the foster home’s security camera footage revealed the man had recently surveilled the home.