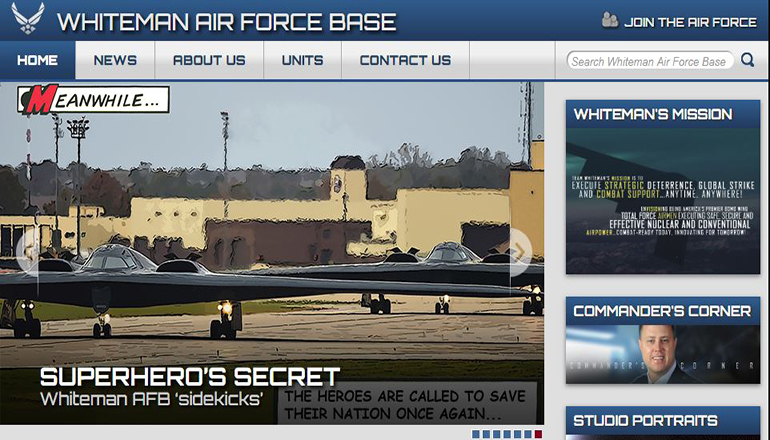 President Donald Trump recently invited 40 families of fallen service members to Washington, D.C., for a reception and memorial service to remind them – and our country – what they represent.

Linda Ambard, a violence prevention integrator assigned to the 509th Bomb Wing at Whiteman Air Force Base, Missouri, was there. She lost her husband Phil, who was a U.S. Air Force major serving in Afghanistan, in 2011.

The Gold Star Families event on June 4, 2018, was one of several the White House held to honor U.S. military members who died in battle as well as those they left behind.

The families in attendance were recognized during a candle lighting ceremony. The attendees had their pictures taken with the president, and also met with other Gold Star Families.

The family members were selected to attend for the positive contributions they’ve made helping others deal with the pain of losing a loved one.

Ambard said being at the event with her two sons and daughter-in-law was an honor, as was receiving recognition for her work following her husband’s tragic death. She met the Trump family and was seated near Vice President Mike Pence and his wife Karen. The Pence couple was so moved by Ambard’s story that Pence gave her a Vice Presidential commemorative coin.

“It is humbling to be considered a positive role model for turning the worst moment of my life into something positive that makes a difference for other military-loss survivors and military decision makers,” Ambard said.

In a statement released after the Gold Star event, first lady Melania Trump said, “It was a privilege to welcome Gold Star Families to the White House today to recognize our nation’s fallen heroes and their families. To all those who have lost loved ones in service to our country, our nation grieves with you.”

Ambard’s husband was killed along with eight others by an Afghan officer seven years ago.

Linda and Phil Ambard had been married for almost 24 years and have five children, four of whom currently serve in the U.S. military. Originally from Venezuela, Phil joined the U.S. military to get his citizenship and spent 16 years as an enlisted Airman before he commissioned and served as an officer for another 10 years – service—and sacrifice—that ultimately earned him a Gold Star.

As part of the induction into the Gold Star Family program, a gold star was placed over a blue star on Phil Ambard’s service flag. This is a tradition that dates back to World War I. The service flag has a red border, a white center and one blue star representing each family member serving in the U.S. military. The gold star represents a military member who did not come home, and it signifies the family’s pride for their loved one’s sacrifice and loyalty to his or her county.

“Phil loved the military and everything the uniform stood for,” Ambard said. “He believed that countries could change with education and empathy. He was working with the Afghan military when he was assassinated by someone he should have been able to like and trust—a high ranking military Afghan soldier. Phil gave everything he had to his adopted country.”

After losing her husband, Ambard got involved with the Tragedy Assistance Program for Survivors, a nonprofit organization that offers support to family and friends of military members who have died. She continues to work with TAPS as a peer mentor, athlete and author, and donates all of her proceeds from her book, “Courageously Alive—A Walk Through Military Loss,” to the program.

Ambard said she wants to help others who are going through the same thing she went through. She provides support to other widows and speaks all over the world about the choices people can make while coping with grief.

“Initially in the middle of the storm, it is about breathing through the pain one second, minute, hour, mile or marathon at a time,” Ambard said. “I have done 140 marathons and there is never one that I think I have in the basket. I know that I am going to want to quit. I know it is going to hurt and it will hurt more tomorrow and more the next day. I also know if I keep focused on the step ahead, I will get there and I will be better for finishing.

“I cannot change the cards I have been dealt, but I can choose how I want to play them,” Ambard said. “I speak not for me or for what I can get, but for the families coming after me. My advocacy has allowed me to get something good to come out of the worst day of my life and it has allowed me to honor the man who loved me for 23 ½ years.”

Ambard said she plans to continue helping people as long as she can. It helps her, too, and it keeps her husband’s memory alive.