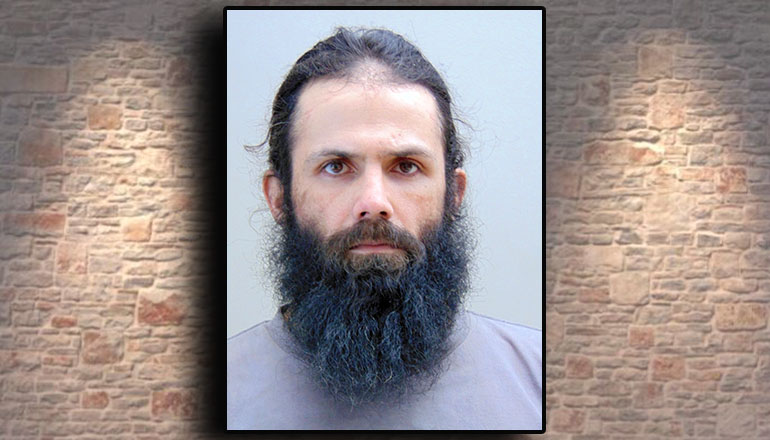 U. S. Marshals have doubled the reward for a Kirksville man wanted for murder. Updated information from U. S. Marshals says they are offering a reward of up to $10,000 for 38-year-old Jesse Darrell Rongey.

The updated information indicates he is also now wanted for enticement of a child and felony drug possession. He has been wanted since July 22nd.

Online court information shows Rongey has been charged with the felonies of first-degree murder, armed criminal action, unlawful possession of a firearm, tampering with physical evidence in a felony prosecution, unlawful use of a weapon, and abandonment of a corpse. Those charges stem from July 5th.

Law enforcement began searching the Youngstown Trail area on July 29th after a possible sighting of Rongey. Thousand Hills State Park was closed due to the manhunt, but Missouri State Parks reported it was reopened on August 12th, after consultation with law enforcement officials.

Rongey is described as being white, being five foot seven inches tall, and weighing 145 pounds. He has black hair and brown eyes. He also has tattoos on his arms, shoulders, back, and ribs.

U. S. Marshals report Rongey is a former U. S. Army soldier who was living in remote conditions on a 600-acre plot of land in Adair County. His charges stem from Rongey allegedly shooting and mutilating the property owner.

The Adair County Sheriff’s Office previously reported remains were found in the Youngstown Trail area on July 10th, and they were identified as Stephen Munn.

Investigators believe Rongey is in possession of a firearm. He has a criminal history and is considered armed and dangerous.