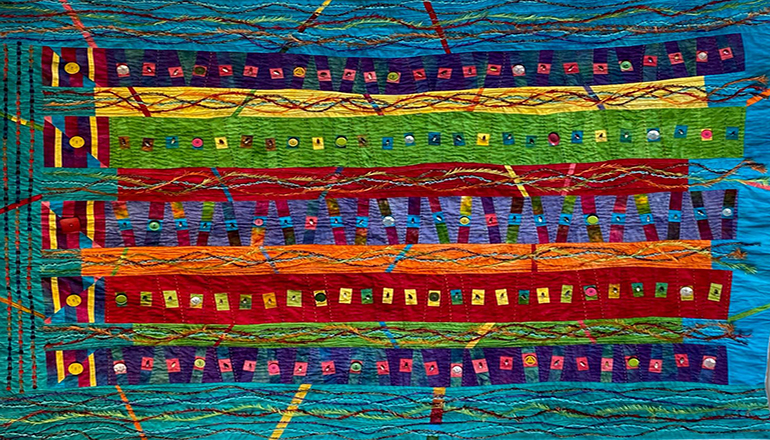 Cyndi Johnson of Trenton has had a quilt juried into the International Quilt Show in Houston, Texas October 27 through October 31.

The show draws entries from around the world and having a quilt selected for the show this year was an honor due to the larger than normal volume of entries following the cancellation of the 2020 show.

Johnson’s quilt is an art quilt named “Before the Spring Fire” and contains several techniques including piecing, hand quilting, couching using various types of threads and yarns and had over 100 buttons and bead on it. Johnson named the quilt after attending a quilt retreat in LaVeta Colorado.

A few days after leaving the retreat wildfires destroyed thousands of acres in and around the LaVeta area.