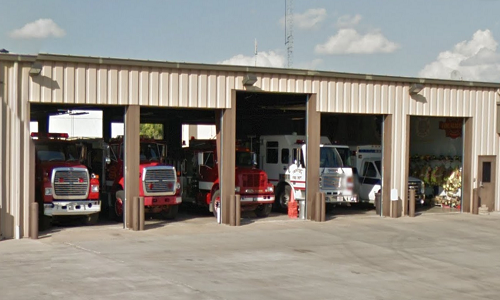 A Trenton committee promoting the city sales tax issue for the fire department points out home and business owners could see lower insurance premiums once a proposed fire training facility is established at Trenton.  Part of the revenue generated by a one-quarter of a cent sales tax is earmarked for firefighter training locally and from other departments.

Retired Trenton Fire Chief Tony Ralston, a member of the levy committee, along with Lt. Doug Franklin and Cara McClellan were guests this week on KTTN’S Open Line.   For convenience, we have the entire Open Line program available to you in the audio file below.

With sales tax funds to be designated, in part, for additional training of firefighters and to a fire training complex that would be constructed at Trenton, committee members say the rating could be lower than the current “class five rating.”

The Insurance Service Organization has trained, professional evaluators who assess almost every fire department in the U.S. ISO uses a consistent set of guidelines to evaluate a fire department. ISO bases a rating on factors including the number of personnel on duty, training level of personnel (paid or volunteer), the amount of water the fire department can apply to a fire, and the amount and quality of equipment used (such as fire engines and hand tools). The purpose of ISO is to give insurance companies a uniform system on which to base their insurance premiums.

The better the fire department, the better protected a building is from fire damage and loss. The higher the level of protection, the less likely an insurance company will have to reimburse a claim for fire damage. The fewer the number of claims, the lower the cost for the insurance provider. Of course, fire protection can work in the opposite way. A sub-par fire department will experience more fire losses. More fire losses mean more insurance claims filed. In order to make costs meet, the insurance companies raise the premiums you pay.

Revenue from a new city sales tax is to be utilized by the Trenton Fire Department for training, equipment, and firefighter gear. Projections indicate 60 percent of the funds are to be obligated for training, 30 percent for equipment, and ten percent for operations. The one-quarter of a cent city tax issue will be decided by the city of Trenton voters at Tuesday’s election.

The city of Trenton acquired 11 acres north of the public service complex.  That’s where the fire department has proposed a fire training facility that in the future, would be intended to firefighters from across the state to Trenton.

A “Town Hall” type of meeting is being held tonight, Wednesday, March 30th at the Trenton Fire Department. The department is located on 17th Street in Trenton. The meeting is to provide the public with additional information and to answer questions.  The meeting begins at 7:00 pm this evening.