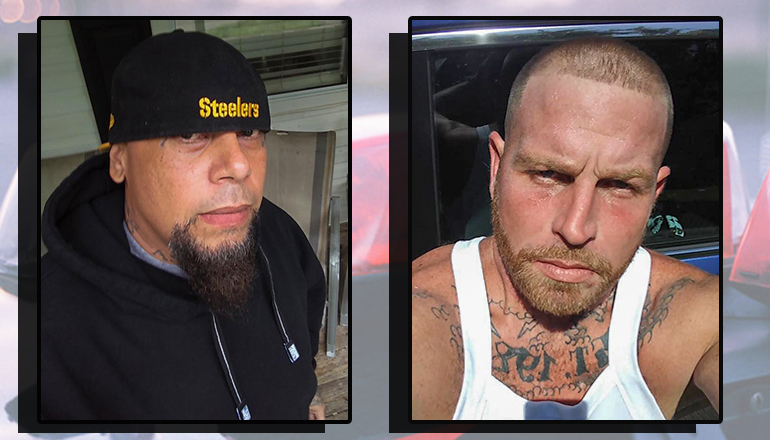 The Chillicothe Police Department reports three individuals are in custody following a fugitive investigation that began on Tuesday after a five-hour manhunt.

Police Chief Jon Maples says law enforcement took several theft reports in which the suspects were the same individuals that had been victimizing citizens and also found to be armed and dangerous.

Officers attempted to stop the suspect vehicle, but it allegedly fled into the county stopping at U. S. Highway 36 and LIV 261. The two suspects who were considered to be armed and dangerous, identified as Brandon Wood and Charles Mullenix, jumped out of the vehicle and ran into a cornfield near LIV 261 and 244.

Livingston County Sheriff’s deputies and a highway patrol trooper searched the area for several hours. After requests for other area agencies, Linn County Sheriff Jeff Henke and a deputy arrived to offer their services along County K-9 Zaki and Linn County K-9 Nitro. Nitro followed a track and located the suspects after about five hours.

The suspects were reportedly wanted on the east and west coasts and allegedly told people that if the police attempted to arrest them, they would “shoot it out.” The two male suspects and a female were arrested.

Cox says Deputy Jay Shirley overheard radio traffic that the Chillicothe Police Department was looking for a specific vehicle. The deputy thought he saw the vehicle going west on Third Street committing a traffic offense or traffic offenses at the intersection at Washington Street. Shirley attempted to stop the vehicle, but the driver allegedly fled in the vehicle before stopping in the west part of Chillicothe. Shirley was allegedly greeted by a hostile man, later identified as Anderson, who had apparently already been in an altercation and refused to comply with law enforcement commands.

Anderson allegedly physically resisted during arrest and was subsequently pepper-sprayed to complete the arrest. He was transported to the Chillicothe Police Department, as a police officer wanted to speak with him about the police investigation.

Anderson reportedly urinated in the police department and in the K-9 patrol vehicle during transport to jail, threatened to kill law enforcement and their family, spit on one or more deputy sheriffs, and made vulgar comments.

Maples reports they face warrants as well as charges of felon in possession of ammunition, resisting arrest, hindering prosecution, theft, and forgery. A warrant request for another female is to be submitted to the Livingston County prosecutor.

Cox reports 40-year-old Joseph Anderson has been charged with felony first-degree harassment for allegedly threatening to kill a deputy and his family. Bond was set at $25,000 cash. Anderson also faces misdemeanor charges of first-degree sexual misconduct—first offense; resisting or interfering with an arrest, detention, or stop and fourth-degree assault, special victims. Bond was set on those charges at $5,000 cash.

Charles Mullenix has been charged in Livingston County with felony stealing of $750 or more, with a bond of $25,000 cash only.

Anderson was escorted to the Daviess-DeKalb Regional Jail by two deputies.

Police Chief Jon Maples says the investigation ended in a “safe manner” and expressed appreciation to those agencies assisting with the apprehension of the suspects.