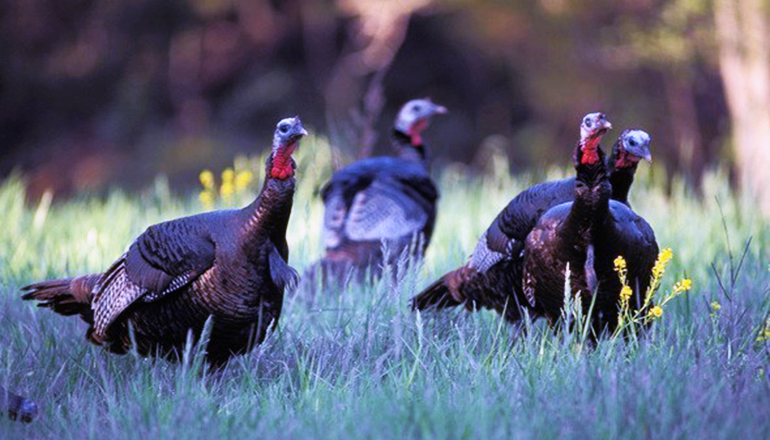 As hunters head outdoors for spring turkey hunting in Missouri, the Missouri Department of Conservation (MDC) reminds them of season dates along with new nontoxic-shot requirements for 16 more conservation areas.

Spring turkey hunting youth weekend will be April 6 and 7 with the regular spring season running April 15 through May 5.

Buy Missouri hunting permits from numerous vendors around the state, online at mdc.mo.gov/buypermits, or through the MDC free mobile app — MO Hunting — available for download through Google Play for Android devices or the App Store for Apple devices.

MDC now limits free landowner permits for deer and turkey hunting to only qualifying resident landowners and members of their immediate households age six years or older. Those who lease land no longer qualify for free permits.

MDC reminds turkey and other hunters that the Conservation Commission approved regulations in August 2018 requiring the use of nontoxic shot for all hunting with shotguns on 16 more conservation areas in addition to its existing 21 areas where non-toxic shot is required for all hunting with shotguns. The new regulation became effective on March 1, 2019.