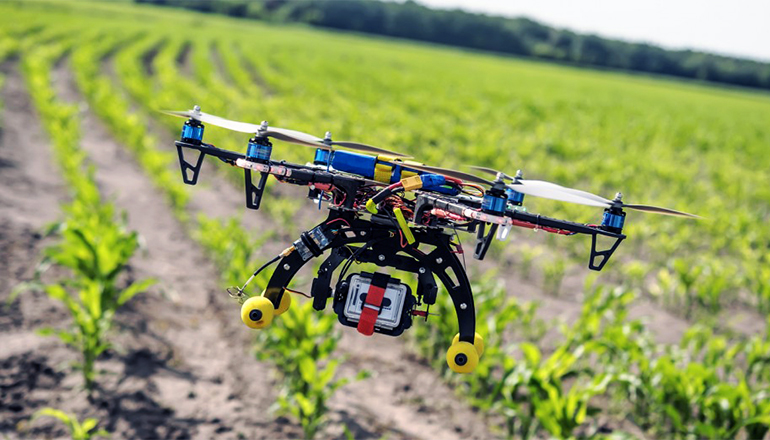 In a paper to be released soon, researchers tell how they used drones to track migration patterns of pests.

UAVs equipped with sensors, lightweight ultraviolet lights and cameras flew over fields. They tracked and recorded the travel patterns of marked insects. Researchers downloaded the data for review.

For more than a century, researchers used a time-consuming process to manually track insects. Less than 5 percent of marked insects were recaptured using this process. The new technology tracks more insects efficiently, accurately and with less labor, Rice says.  “Our system can detect real target insects in field conditions with high precision,” he says.

In previous research, Rice described the novel method to detect fluorescent-marked insects using hand-held UV lasers with focusable lenses. This allows the beam to be widened for a larger search area and detection distances up to 40 meters. It also allows scanning in tree canopies and water areas that previously could not be accessed.

Researchers examined the dispersal rates of invasive species such as the fast-moving brown marmorated stink bug and the slow-moving emerald ash borer. They also considered the influence of wind and temperature during insect movement.

Read the full paper at https://bit.ly/2SP0gpO.