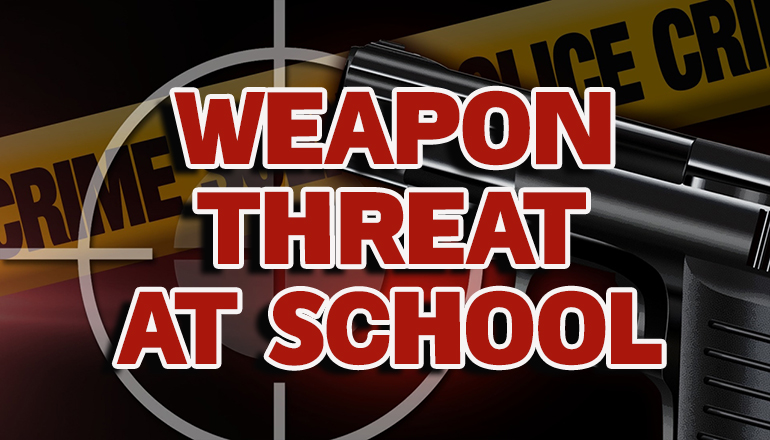 Princeton Superintendent Jerry Girdner reports a high school student made a verbal threat on Thursday, September 16, 2021, allegedly about bring a weapon to school and causing harm to multiple students.

Girdner, in a letter Thursday night to Princeton patrons, wrote that students reported the incident to school administrators after school had been dismissed for the day. Information on the incident, according to Girdner, was reported to the local law enforcement which began an investigation into the validity of the statement.

Girdner explained school officials and law enforcement have exercised extreme diligence and taken all proper actions required by law to ensure the safety of students and faculty at Princeton. According to the Safe Schools Act, Girdner said students responsible for alleged statements of harm will be held accountable for quote “adversely impacting the education of students and face prosecution by law.”

Girdner suggested parents discuss with their children, the ramifications of such statements or threats. He added if parents or students have any information regarding Thursday’s incident, contact Princeton high schools’ office or the Mercer County Sheriff’s Department.