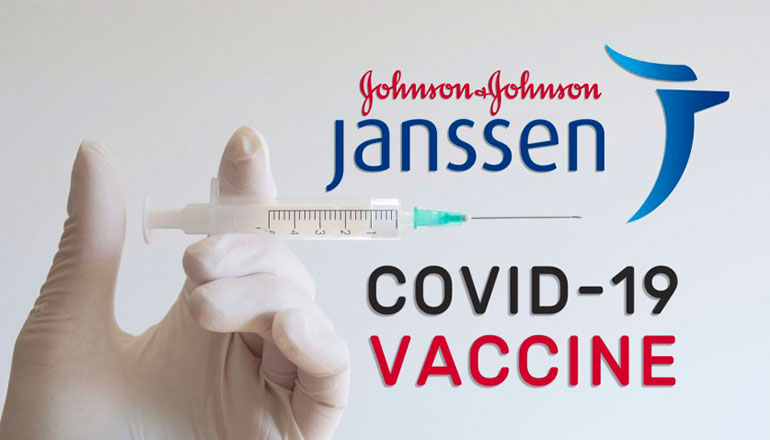 (Missouri Independent) – Use of the Johnson & Johnson COVID-19 shot will remain paused for at least a week after a federal vaccine advisory panel said Wednesday that it had too little data on a rare but serious blood-clotting condition reported in at least six women.

That means states and federally run vaccine sites will be relying on the other two authorized vaccines from Pfizer and Moderna until the panel meets again. The rare condition has not been reported following doses of those shots.

The Biden administration’s COVID-19 response team has said there are enough doses available of Pfizer and Moderna to continue the current pace of vaccinations nationally.

All six blood-clotting cases—which were reported to federal health officials between March 19 and April 12—have involved women between the ages of 18 and 48. One woman has died, and another woman in Nebraska remains in critical condition.

Since the J&J shot was approved, 7.2 million doses have been administered, including 1.5 million to women between 18 and 50.

As they grappled with the next steps for the vaccine, the panel of independent health experts who advise the Centers for Disease Control and Prevention on vaccine policies expressed concerns about how an extended pause on vaccinations could affect vaccine confidence and access, given that the one-dose J&J vaccine is being targeted to certain populations who are more difficult to reach for vaccines.

“Any extension of the pause will invariably result in the most vulnerable individuals in the United States, who are prime candidates for the Johnson and Johnson vaccine, will remain vulnerable,” said Nirav Shah, director of Maine’s Center for Disease Control and Prevention.

Ultimately, many of the panelists said they were uncomfortable taking action yet with so few details on the cases flagged in the federal system for tracking serious reactions to the shots.

Public health officials testified Wednesday that so far, there are no clear identifiable risk factors explaining why the rare condition has occurred in more cases than would be expected for the doses given so far.

“I continue to feel we’re in a race against time and the variants, but we need to do so in the safest possible way,” said panelist Grace Lee, a professor of pediatric infectious diseases at the Lucile Packard Children’s Hospital and Stanford University School of Medicine in Stanford, Calif.

The panel did not set a date for when it will reconvene in the next seven to 10 days, saying only that it would aim to schedule its meeting by Friday.

The public, live-streamed meeting, and the very public federal recommendation for suspending the vaccine’s use, were intended to bolster confidence in the U.S. system for tracking adverse reactions to the shot, which has only been in use since the beginning of March.

Officials with the Food and Drug Administration said pausing the vaccine’s use would in part give health care providers time to learn about the conditions they may see arise in their patients.

“Right now, we believe these events to be extremely rare, but we are also not yet certain we have heard about all possible cases, as this syndrome may not be easily recognized as one associated with the vaccine,” CDC director Rochelle Walensky said during a news conference earlier on Wednesday.

The clotting condition, known as cerebral venous sinus thrombosis, had combined with low levels of blood platelets in the six cases pending review by the FDA and CDC. The combination is unusual and requires a different treatment than typical blood clots to avoid potentially dangerous consequences.

Of concern to the federal advisory panel are the 3.8 million shots that have been administered within the last two weeks. In the six cases of the blood-clotting condition, the symptoms occurred between seven and 14 days after vaccination, indicating that there could be more cases yet to be identified.

During Wednesday’s meeting, officials from Johnson & Johnson offered additional details on the medical conditions of the women in those cases, including one involving an 18-year-old from Nevada who fell ill 14 days after vaccination.

One additional case also occurred during J&J’s phase-three trial testing of the vaccine. That case involved a 25-year-old male, who experienced symptoms eight days after vaccination and has since recovered.

Public health officials have emphasized that anyone who has received a J&J vaccine within the last three weeks and develops a severe headache, abdominal pain, leg pain, or shortness of breath should contact their health care provider.

One option when the panel reconvenes would be to recommend the J&J shot for use among only those over age 50, or just men, given who has been affected by the blood-clotting condition so far.

Regulators in Europe decided to limit the AstraZeneca vaccine to certain demographic groups after similar blood-clotting cases arose there. That company’s vaccine uses similar technology to the J&J shot, which is different from the technology used in the Pfizer and Moderna vaccines.