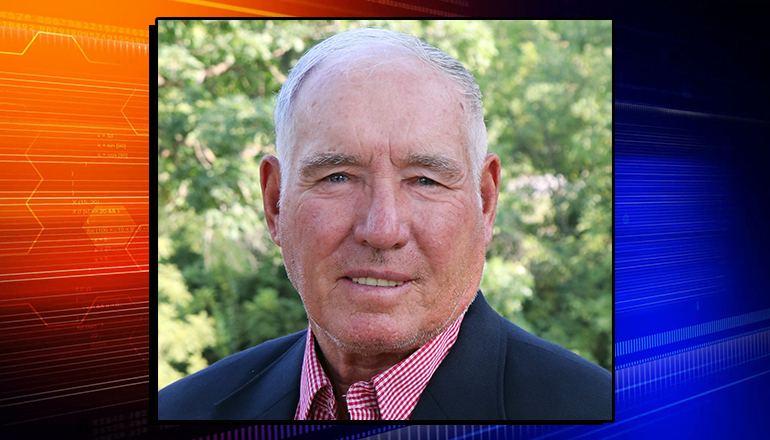 Oscar was raised in Dorila in the La Pampa Province of Argentina. His parents were livestock and row crop farmers. They raised beef cattle, sheep, and hogs. In his youth, Oscar was the First President of 4-A, (Argentina’s version of 4-H) in his hometown. He attended industrial technical school in General Pico, La Pampa. At the age of 20, he spent a year in the Argentina Army. In September 1971 he married Valentina.

Oscar, Valentina and their 2 boys, Marcelo and Gaston, at the time ages 2 and 1, arrived in the U.S. in March 1975. It was winter when they left Argentina and arrived to snow in Missouri. It was unusual to see snow, as it never snowed in La Pampa. They couldn’t speak any English when they arrived. Oscar taught himself English by talking with local people around the farm and in the coffee shops. Valentina went to Truman State University to learn English and subsequently helped Oscar. Oscar became a U.S. citizen 1983.

Oscar has been heard saying, “The Green Hills are meant for grass, not farming. Leave the green hills green.”

Oscar was an early supporter of the University of Missouri Extension, having previous experience with governmental agents in Argentina. He built a feedlot on Adrian Farms with the help of Dale Watson and Don Rains, Extension Livestock Specialists. The feedlot was used for backgrounding calves. Oscar helped start the BQA (Beef Quality Assurance) program for Missouri, working with Dr. Rick Kent, with the initial meeting in the Extension office in Kirksville, MO around 1990.

Oscar is an innovator. He was the first guy to plant soybeans in La Pampa in 1973. He experimented putting false teeth in cattle in the late 1970’s. He was an early experimenter with implants, pinkeye studies, different vaccine regimen studies, different grass establishments, and various de-worming strategies.

In 2004, Oscar started The Mower Shop in Milan, MO. He built the business from the ground up, becoming a dealer of Cub Cadet, Vermeer, Grasshopper, Stihl, Danhauser, and Yanmar. In 2017, he sold the Mower Shop.

Oscar is a founding committee member and treasurer of the Missouri Livestock Symposium committee. He is a member of the Sullivan County Farm Bureau and an advisor to the University of Missouri Commercial Agriculture Program. Oscar hosted the Commercial Beef Tour in 1993.

Oscar, Steve Foster, and Fred Fleshman won a cattle working contest for the fastest time in Missouri for implanting, vaccinating and tagging 3 calves. Oscar is a big sports fan. Oscar and Valentine have always supported 4-H and FFA programs. Their children were members of both organizations and they have been a supporter of the youth livestock sales in Sullivan County.

The Missouri Livestock Symposium will be held on Friday, November 30 from 4 to 10 p.m. and Saturday, December 1 from 8 a.m. to 5 p.m. The Symposium features nationally known speakers on beef cattle, horses, forages, sheep, meat goats, stock dogs, around the farm and home topics and more. It also features a free dinner on Friday evening, November 30 and a free Governor’s Style Luncheon on Saturday, December 1 at noon. No registration is required to attend and there is no cost to attend.

For additional information on the Symposium program or trade show, visit our Facebook page, our webpage at www.missourilivestock.com or call the Adair County Extension Center at 660-665-9866.