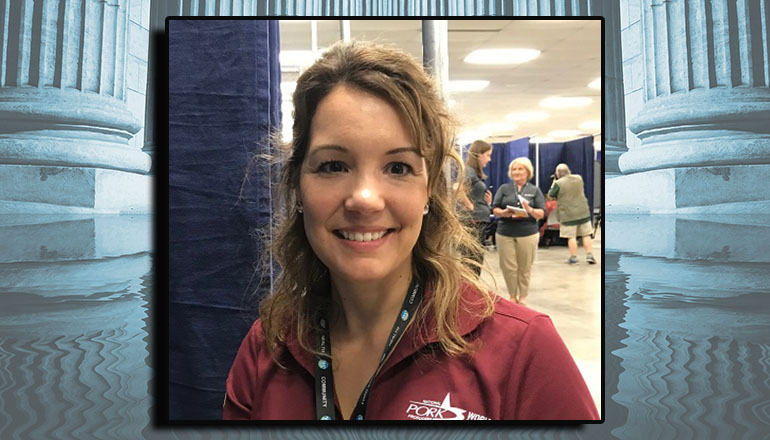 The newly elected president of the National Pork Producers Council outlined the organization’s priorities following the conclusion of their meeting at the National Pork Industry Forum. Jen Sorenson, an Iowa pork producer, says the expansion of export markets is at the top of their list.  “Ultimately we see joining CPTPP as a major opportunity under the Biden administration,” she says.

She says NPPC has been actively working to address access for US pork in the Philippines.  Following a meeting between the NPPC and the Ambassador to the Philippines, they considered a proposal to significantly enhances US pork market access.  “We’re awaiting its decisions and it’s one we expect to be a significant boost to US pork exports,” she says.

And, she says, work continues to bolster the trading relationship with Vietnam, a country that has battled African swine fever and is in need of reliable sources of pork.  “In July 2020, Vietnam announced it was reducing its most favored nation tariff rates for US frozen pork products from 15 percent to 10 percent,” she says.  “Under the Biden administration, we will continue to see enhanced market access.”

She says Foreign Animal Disease preparedness and prevention are also a priority as travel user fees dried up following the slowdown of travel related to the coronavirus pandemic. “We’re now advocating for Congressional appropriations for 720 new Customs and Border Protection ag inspectors as provided for in legislation signed into law last March,” she says.  “A shortage of ag inspectors remain

NPPC elected their new officers during their meeting.  Terry Wolters of Pipestone, Minnesota is president-elect, Scott Hays of Monroe City, Missouri will serve as vice-president, Rob Brenneman of Washington, Iowa, and Jeb Stevens of Osgood, Indiana were elected as new members of the board.