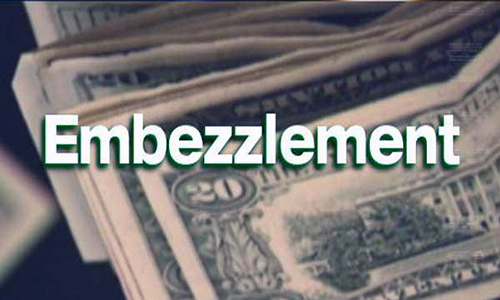 A Missouri woman has been indicted by a federal grand jury for a wire fraud scheme in which she embezzled more than $362,000 from her Springfield, Mo., employer.

Carrie Leigh Long, 52, Ash Grove, was charged in a 24-count indictment returned under seal by a federal grand jury in Springfield, Mo., on Wednesday, Nov. 17. That indictment was unsealed and made public upon Long’s arrest and initial court appearance.

Long was employed by Executive Coach Builders, Inc. to provide in-house accounting services to the company and to Executive Bus Builders, Inc. The companies are headquartered in Springfield but do business worldwide with factories and sales offices in Missouri and California. The companies build luxury buses, coaches, and limousines. Long was hired in April 2014.

The federal indictment alleges that Long stole at least $362,175 from the companies from February 2016 to September 2020. Long is also charged with filing false tax returns that failed to report that income, as well as failing to pay approximately $902,226 of employment taxes the companies owed to the IRS.

As part of the scheme, the indictment says, Long did not claim the unauthorized payments as personal income on her individual income tax returns from 2016 through 2020.

Beginning in April 2019, Long allegedly ceased to make regular payments to IRS for the employment taxes the companies owed the IRS. Long concealed her actions from company officials, the indictment says, by altering the companies’ bank account statements and misrepresenting on her financial reports that the payments had been made. Long caused the companies to fail to pay over to the IRS approximately $902,226 of taxes owed to the IRS for two-quarters of 2019 and one quarter of 2020.

When an agent from the Internal Revenue Service attempted to collect those delinquent tax payments, the indictment says, Long falsely claimed they had been paid and provided altered bank account statements.

The federal indictment charges Long with 17 counts of wire fraud, six counts of failure to pay employment taxes, one count of obstructing the administration of internal revenue laws, and five counts of filing a false tax return.

This case is being prosecuted by Assistant U.S. Attorney Shannon Kempf. It was investigated by IRS-Criminal Investigation and the FBI.