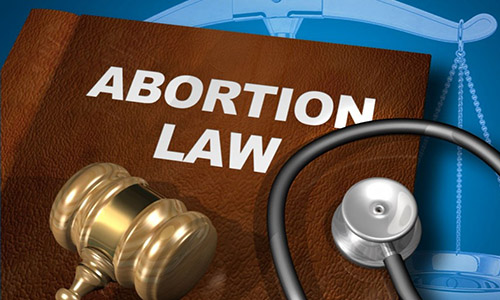 (Missouri Independent) – In a case that grew out of a law making it a crime for a doctor to perform an abortion after eight weeks, the Missouri Supreme Court on Tuesday said those seeking to force a referendum on new laws can begin collecting signatures as soon as the bill is passed.

The ruling threw out statutes requiring a lengthy review process before starting a petition drive.

In a 5-2 decision, the court ruled that the laws, which bar supporters of a referendum from circulating petitions until a ballot title is written, are unconstitutional. The decision upheld a December 2020 ruling from Cole County Circuit Judge Jon Beetem.

“The legislature must not be permitted to use procedural formalities to interfere with or impede this constitutional right that is so integral to Missouri’s democratic system of government,” Judge Mary Russell wrote in the majority opinion.

In a dissenting opinion, Judge Brent Powell wrote that the legislature can write “reasonable, practical regulations to the referendum process” and the laws do not “interfere or impede” the right of referendum.

The case grew out of an effort to force a statewide vote on the 2019 law that made physicians who perform abortions after eight weeks subject to five to 15 years in prison. Women who terminate their pregnancies would not be prosecuted.

The ACLU of Missouri, which represented No Bans on Choice, the political group formed for the referendum campaign, did not respond to a request for comment on the ruling.

In a statement Tuesday, Secretary of State Jay Ashcroft said he followed the law and did not act unconstitutionally.

“The Western Court of Appeals and the Missouri Supreme Court had the opportunity, two years ago, but did not override the law then,” Ashcroft said. “Now, it has been adjudicated unconstitutional – and we will, again, follow the law.”

The bill was passed on the last day of the 2019 session and No Bans on Choice, an abortion-rights group, submitted a proposed referendum to Secretary of State Jay Ashcroft’s office on May 24, 2019. Citing a provision that was already in effect because of an emergency clause, Ashcroft rejected the petition because a referendum cannot be held on a law already in force.

No Bans on Choice challenged that decision and won. Ashcroft was ordered to accept the referendum for review and he issued a ballot title on Aug. 14, 2019.

At that point, there were only 14 days left to gather more than 105,000 signatures needed to force a vote on the bill, and the referendum effort was abandoned.

In the ruling, Russell wrote that even if Ashcroft had not rejected the petition, the 1997 law requiring a review and ballot title improperly “‘interfere with and impede’  the right of referendum  because they give the legislature the power to make any referendum effort untenable.”

To be successful, a referendum petition must have 5 percent of the signatures of the voters in six of the state’s eight congressional districts.

Russell noted that from the time the referendum power was added to the Missouri Constitution in 1908 until the review and ballot title requirements were enacted, petitioners challenged 26 state laws and were successful 24 times.

The only referendum to make the ballot since 1997 challenged the 2017 right-to-work law, and that effort benefited from the early passage of the bill. Petitioners have 90 days after the legislature adjourns to gather signatures. Right to work passed in February 2018, essentially doubling the time compared to a referendum seeking to put a bill, like the abortion law, passed on the last day of a session.

The now-unenforceable statutes allowed up to 51 days to review a proposed referendum and write a ballot title.

“In practice, the pre-circulation ballot title requirement has indeed proved to be a hindrance to the referendum process,” Russell wrote.

The 2019 abortion law also imposes penalties for terminating pregnancy solely because of a prenatal diagnosis, test, or screening indicating Down Syndrome or the potential of Down Syndrome. Anyone participating in the abortion would be subject to civil penalties, including a loss of professional licenses.

The law has not been enforced because it was challenged by Reproductive Health Services of Planned Parenthood, based in St. Louis, which operates the state’s sole remaining abortion clinic. U.S. District Judge Howard Sachs issued a preliminary injunction one day before it was to take effect. The Eighth U.S. Circuit Court of Appeals in September heard arguments on an appeal of Sachs’ order but it has not issued a decision.