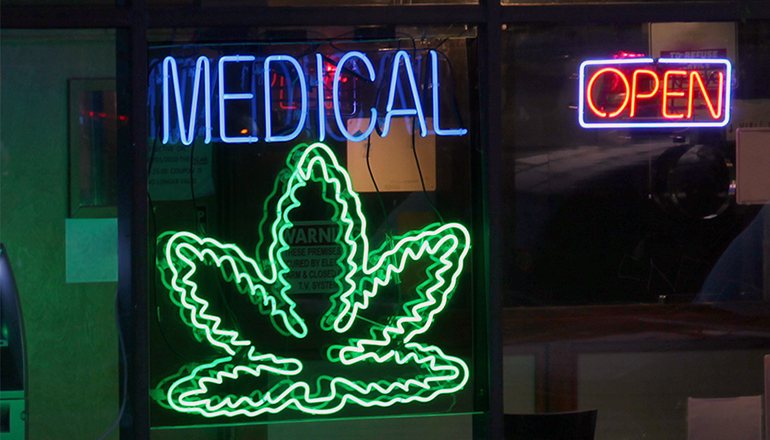 (Missouri Independent) – In a unanimous decision Tuesday, the Missouri Supreme Court ruled that a lower court was justified in ordering the state health department to disclose medical marijuana application info that it had argued was confidential.

The Department of Health and Senior Services refused to provide applications of businesses that were awarded licenses to grow and sell medical marijuana in an appeal by the California-based company Kings Garden Midwest LLC, who was denied licenses by the state.

The Missouri Supreme Court affirmed denied applicants’ right to not only appeal their denial but also asserted that confidential application information is subject to discovery as part of the process.

“Without all of the information that formed the basis of (the) department’s decision, no meaningful review of that decision can occur,” Judge George W. Draper III wrote in the court’s ruling.

The ruling’s impacts may be far-reaching and open an avenue for not just Kings Garden Midwest but hundreds of denied licensees who have pending appeals before state regulators, to gain access to information of successful applicants that have been shrouded in secrecy.

Questions have swirled around irregularities in the application scoring process and have been at the center of other denied applicants’ successful appeals.

“The department welcomes the clarity provided by the Missouri Supreme Court on disclosure of certain information in appeals of denied business applicants,” Fraker said in a statement.

An attorney for Kings Garden Midwest did not immediately respond to a request for comment Tuesday.

Tuesday’s ruling stemmed from an appeal filed by Kings Garden Midwest, which was denied licenses for both of its applications to grow medical marijuana. As part of the company’s appeal, it requested unredacted, complete copies of approved applications to prove its belief that the company’s answers were similar to those who had been granted licenses.

Part of its basis of that belief was the fact that the company’s two identical applications were scored differently, Joshua Hill, an attorney representing Kings Garden Midwest argued at a December hearing.

Despite a May ruling from a Missouri Court of Appeals in the Western District judge that DHSS regulators were wrong to withhold the applications, DHSS argued that the the Administrative Hearing Commission acted outside of its authority and that disclosing the information would violate the Missouri Constitution that stipulates the state health department will maintain the confidentiality of information obtained from applicants and licensees.

James Layton, an attorney arguing on behalf of DHSS, argued in December that no entity would have the authority to compel the department to produce the information, such as if the context was in a grand jury or civil subpoena.

“If that right is to be breached,” Layton said in December of licensees’ right to confidentiality, “they are entitled to some process before that happens.”

But Judge George W. Draper III wrote on behalf of the court that DHSS’ position would stymie rejected applicants’ ability to pursue their appeals fully.

To interpret the provision, “as not allowing the discovery of information from the successful applications in the appeals process would result in unsuccessful applicants pursuing an appeal being denied access to information that was an integral part of Department’s decision to deny the application in the first instance,” Tuesday’s ruling read.

In its brief filed with the Missouri Supreme Court, DHSS had written that competing applications have been requested “in many, perhaps most, of the 578 appeals still pending at the” administrative hearing commission, and that action had been postponed until the issue was addressed by the courts.

In a separate appeal, DHSS recently reached a settlement with another denied applicant, NWGMO LLC, by granting the company a license to operate a marijuana cultivation facility — a rare move that has only occurred a few times prior.

The Administrative Hearing Commission granted the license after testimony showed the selection system was shaped by “intentionally vague guidance” with no opportunities to review issues. The commission determined that a contractor hired by Wise Health Solutions, a private company DHSS hired to score applications, was unable to articulate a rigid scoring criteria, “because he did not use one.”

Secrecy of basic information of medical marijuana licenses has made it difficult to trace who owns what.

An analysis by The Independent and The Columbia Missourian previously found that of the 192 dispensary licenses issued by the state, there were several instances where a single entity was connected to more than five dispensary licenses — a violation of Missouri’s constitution.

DHSS’ decision to cap the number of licenses for the cultivation, manufacture, and sale of medical marijuana and the process by which those select licenses were awarded has been the subject of lawsuits, complaints from denied applicants, and scrutiny from lawmakers.

According to state data, licenses have been issued for 85 manufacturing facilities, 58 cultivation facilities, and 202 dispensaries — although not all have been approved to operate.