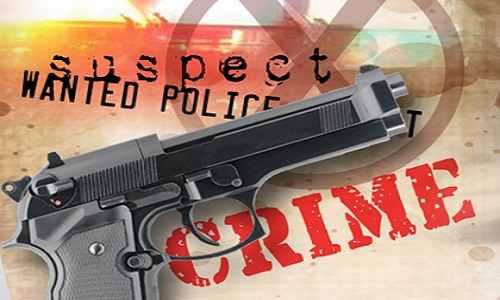 United States District Court Judge Henry E. Autrey accepted a plea of guilty from Carlos D. Bell, Jr. on March 3, 2022, for two counts of being a felon in possession of a firearm and two counts of possession with the intent to distribute fentanyl.  A grand jury in the Eastern District of Missouri previously indicted Bell in November 2020.  Judge Autrey set sentencing for June 8, 2022.

According to the plea agreement, Bell’s first encounter with law enforcement was on September 8, 2020, when Bell was arrested for outstanding warrants by members of the St. Louis Metropolitan Police Department (SLMPD).  A subsequent search of Bell’s vehicle revealed a loaded .40 caliber pistol with a large-capacity magazine.  On October 3, 2020, Bell was stopped by the Jefferson County Sheriff’s Department after violating a stop sign.  Deputies located a clear plastic baggy with 196 capsules filled with white powder during this encounter with Bell.  The substance was later determined to be fentanyl.

After Bell was federally indicted in November 2020 for the conduct noted above, SLMPD detectives conducted surveillance to arrest Bell on the warrant.  Detectives saw Bell conduct a hand-to-hand transaction in front of his residence.  Bell was confronted and arrested without incident.  A search of the home revealed a Glock pistol with a large-capacity magazine, a Davis Industries pistol, and 24 capsules containing fentanyl. Police also found plates and grinders with drug residue, empty capsules, and two loaded firearm magazines with ammunition in the kitchen.

The maximum possible penalties provided by law for the crimes to which Bell is pleading guilty are imprisonment of not more than twenty years, a fine of not more than $1,000,000, or both such imprisonment and fine. The Court shall impose a period of supervised release of at least three years.

The case was investigated by the St. Louis Metropolitan Police Department and the Jefferson County Sheriff’s Department and is being prosecuted by Assistant United States Attorney Zachary Bluestone.