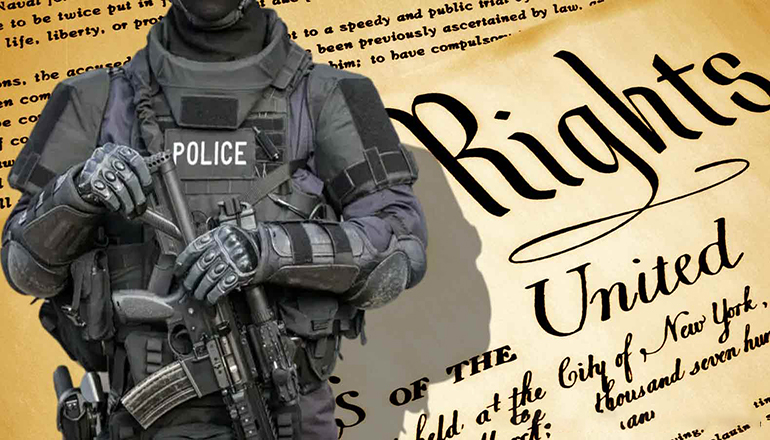 (Missouri Independent) – On the final day of the 2021 legislative session in May, Missouri lawmakers passed a “law enforcement bill of rights” that gives officers special legal protections and closes files to police misconduct.

When Gov. Mike Parson signed it into law in July, the bill of rights portion was largely overshadowed in press coverage by other provisions of the sprawling 172-page bill, most notably language punishing cities that reduced their police budgets.

But civil rights experts argue the bill of rights created by the new law poses a major roadblock to police accountability — and gives officers far more due process rights than civilians.

The provision, which was written by a lawyer for the police unions, also comes at a time when other states around the country are moving in the opposite direction.

Brian Millikan, the police attorney who wrote the bill, said officers deserve due process protections because they are held to a higher standard than other occupations. But critics say the law enables an abusive police officer to get his or her story together before interrogation.

In the wake of the murder of George Floyd by a Minneapolis police officer, a number of state legislatures went the opposite direction, passing bills to address systemic racism in policing and remove barriers to disciplining officers for misconduct.

In April 2021, Maryland became the first state to repeal its law enforcement officer bill of rights, after Democratic lawmakers overrode the governor’s veto. Lawmakers in Rhode Island have proposed similar legislation for a full repeal. In Delaware, lawmakers have proposed significant reforms to the state’s law enforcement bill of rights, including opening police misconduct records to the public, forming civilian review boards, and striking key provisions that shield police officers from discipline.

By contrast, Missouri was the only state to adopt a law enforcement bill of rights following Floyd’s death, according to legislative records compiled by the National Conference of State Legislatures.

The bill of rights provides that 24 hours prior to any interview or interrogation, a police officer accused of misconduct would be informed in writing of the nature of the allegation. The person complaining must submit an affidavit with personally-identifying information that outlines the allegations. The affidavit is disclosed to the officer, even if the person complaining is a fellow officer. The officer in question is also informed of the name, rank, and command of the officers conducting the investigation.

Samuel Walker, a professor at the University of Nebraska Omaha who is a leading expert on police accountability, said that the 24-hour waiting period is “a real invitation to undermining discipline.

“It creates a window here in which the officer can get his story together and talk to other officers [and] come up with a narrative that will exonerate him,” Walker said in a phone interview.

Prior to an interrogation, police officers accused of misconduct and their attorneys would have the opportunity to review any audio or video in the possession of the agency. The officer may only be questioned or interviewed while on duty and may not be questioned by more than two investigators.

The officer may not be “threatened, harassed, or promised rewards to induce them into answering any question.” Although accused police officers can be compelled to give a statement to their employer, that statement cannot be used against them in any criminal case brought against the officer—a result of the Supreme Court ruling in Garrity v. New Jersey (1967).

Walker argues that provisions in law enforcement officer bills of rights “put together represent a whole set of special privileges—special privileges for police officers—privileges that people in other occupations do not enjoy,” adding that there is already an “unfair power imbalance” with a “natural preference to the views of the officer” in internal investigations.

Millikan, a former police officer in the St. Louis Metropolitan Police Department and attorney for multiple Missouri police unions, says it doesn’t give officers “special privileges” but ensures “due process.”

“Police officers are held to a higher standard, from just about any other job I can think of, and that’s fine—I don’t have any problem with that,” Millikan said. “But at the same time, because they’re so highly scrutinized, there should be a set of due process procedures in place to make sure it’s fair.”

Every department basically had different rules and procedures, he added, and the new law “basically just uniforms it across the state.”

While police officers accused of misconduct and their attorneys would have full access to evidence, all records from police misconduct investigations would be closed to Sunshine Law requests, except by court order or lawful subpoena. In other words, the records would be kept almost entirely secret from the public.

Millikan defended the closure of misconduct records to the public.

“It’s no different than any other employment record; employment records are considered personnel matters. That’s not just for police officers, but that’s for really anybody,” Millikan said in a phone interview. “The reason for that is what you do at your job is really not meant for public consumption.”

Orli Sheffey, originally from suburban Chicago, is a sophomore studying political science at Washington University in St. Louis. She is currently a senior news editor at Student Life, the independent newspaper at the university.