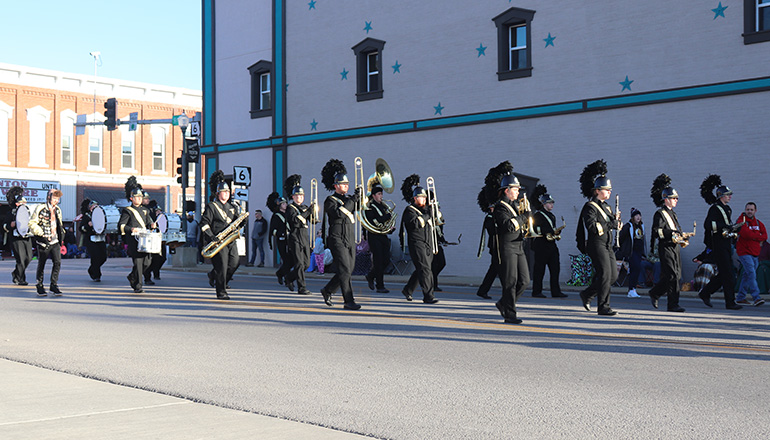 There were approximately 80 entries in the Missouri Day Festival Parade on Saturday in Trenton.

The student Missouri State Teachers Association chapter at North Central Missouri College had the best organizational entry and Alpha Baptist Church was recognized as having the best religious entry. Maurice Shipley had a 1962 D19 Allis which won the award for best tractor. Deanna Eitel had the best equestrian entry and Neil Peery won the category best auto or truck, pre-1960 with a 1951 Plymouth.

The Missouri Day Festival Parade was sponsored by the Trenton Rotary Club with judges for the club selecting Macon High School as having the best overall band in the parade based on enthusiasm, music, and general appearance. As a result, the instrumental music department in Macon receives a $500 award with the money provided by an anonymous donor.

The band award for the Trenton Rotary Club sponsored parade is separate from the parade judging for the Missouri Day Marching Festival; however, the winner was announced at C.F. Russell Stadium shortly before the marching band festival results.