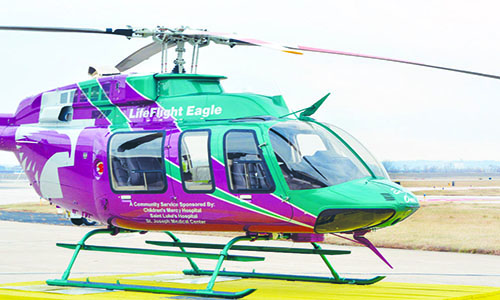 A Milan resident was flown to a Columbia hospital Thursday night after being injured in a two-car crash on Highway 5, one mile north of Laclede, in Linn County.

Twenty-seven-year-old Kirsten Tharp of Milan received moderate injuries and she was taken by a LifeFlight medical helicopter to University of Missouri Hospital.

The car Tharp was driving was northbound and an auto driven by 42-year-old Glenda Miranda of Purdin was southbound. The crash occurred when the Miranda car crossed the centerline and struck head-on with the car driven by Tharp.

Assistance was provided by the Linn County Sheriff’s Department.