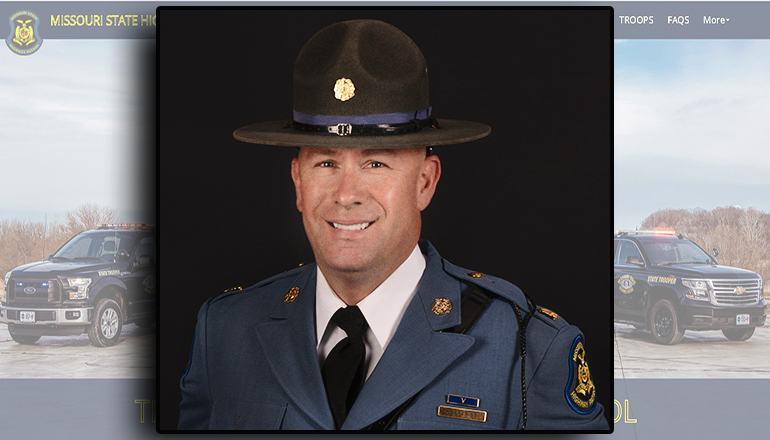 Major Michael A. Turner, bureau commander for the Support Services Bureau, will transfer to the Field Operations Bureau, General Headquarters, Jefferson City, MO. As bureau commander for Field Operations, Major Turner will have direct oversight responsibilities for all nine troops, Aircraft Division, and Water Patrol Division. He will continue serving as a member of the Patrol’s command staff.

Turner was appointed to the Patrol on January 1, 1996, as a member of 71st Recruit Class. Upon graduating from the Patrol’s Law Enforcement Academy, he was assigned to Troop F, Zone 5, Camden County. He was promoted to corporal and designated assistant supervisor of Zone 8, Callaway County, on April 1, 2001. He transferred to Zone 5, Camden/Miller counties on February 28, 2004. On April 29, 2007, he was promoted to sergeant and designated zone supervisor of Zone 6, Moniteau/Morgan counties. Turner served as Troop F SWAT team leader from 2004 to 2011 and founded the Central Missouri Tactical Officers Association. He was promoted to lieutenant on November 1, 2011, and assigned to Troop F Headquarters. On March 1, 2015, Turner was promoted to captain and designated commanding officer of Troop F, Jefferson City. He was promoted to major on April 1, 2019, and assigned to the Support Services Bureau. As bureau commander, Turner served as a member of the Patrol’s command staff and had direct oversight responsibilities for the Commercial Vehicle Enforcement Division, Driver and Vehicle Safety Division, Fleet and Facilities Division, and capital improvements.

Major Turner was born in Texas and grew up in Kansas City, MO. He graduated from North Kansas City High School in 1992. He earned an Associate of Arts from Metropolitan Community College in Kansas City, MO, in 1994, and a Bachelor of Arts in criminal justice from Columbia College, Lake of the Ozarks, MO, in 2000. He graduated from the St. Louis University Law Enforcement Leadership and Organizational Change program in 2014. He graduated from the Missouri Police Chief’s Association Command College in 2017 and earned the David Steward Academic and Leadership Award. In 2017, he earned his Master of Arts in sociology and criminal justice from Lincoln University in Jefferson City, MO. He recently graduated from Leadership Missouri 2021. Major Turner and his wife, Stacy (Hodges), have two children, Evan and Elizabeth.