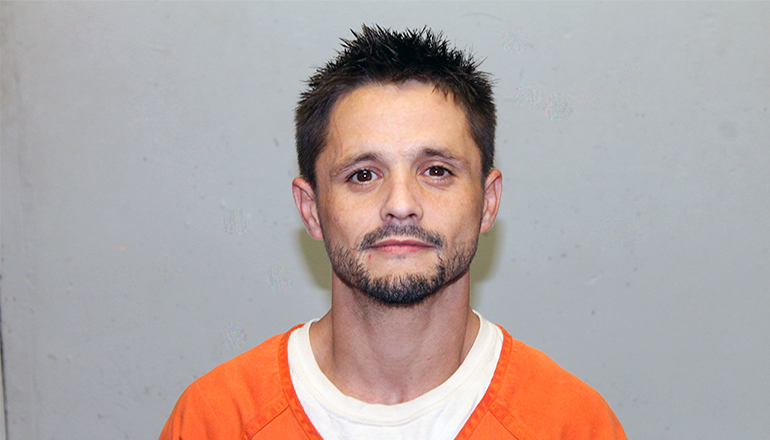 Livingston County Sheriff’s Department officers were dispatched to Utica on Tuesday afternoon conducting a fugitive investigation that ended with the arrest of a man that the sheriff says was found, attempting to hide, inside a clothes dryer.

Thirty-five-year-old Dustin Lee Ritchie was arrested on a Livingston County warrant for alleged trespassing in the first degree. Sheriff Steve Cox said this involved driving on a private property levee during flooding. Ritchie also was arrested on a Missouri probation and parole warrant for a drug offense originally.

Officers attempted to arrest Ritchie who reportedly would not come out of a house in Utica, allegedly causing the entryways and door locks to be blocked or tampered with. Ritchie was given verbal commands to surrender or face arrest on additional charges if he did not comply. Officers were able to make entry into the house where they found Ritchie to be hiding in a clothes dryer.

Sheriff Cox said Ritchie faces additional charges that could include resisting arrest. He was transferred to the Daviess-DeKalb County Regional Jail. Ritchie is also scheduled to appear before a judge this week before being returned to the Missouri Department of Corrections.