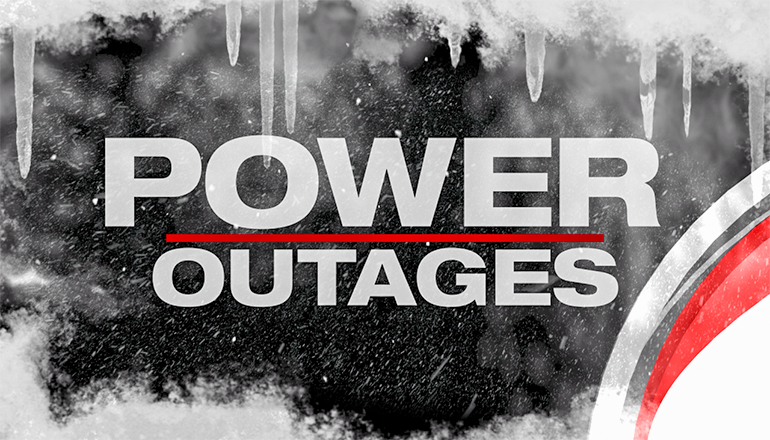 This winter sustained frigid temperatures across the Midwest and South forced huge demand for energy while the weather made generators struggle to keep up. The Southwest Power Pool, a regional transmission organization spanning 17 states, twice instructed its member utility companies, including Evergy, to shut off customers’ power or “shed load” in order to keep the grid stable and avoid uncontrolled outages like those seen in Texas.

For five months, SPP has been reviewing the events of February and coming up with a plan to not let it happen again. Its most urgent action items center on better predicting how much energy it will have and ensuring the fuel it needs shows up on time.

“If we’d have had anywhere close to what we historically have seen, we would not have had to shed load,” said Lanny Nickell, executive vice president, and chief operating officer for SPP.

Overall, at the height of the cold snap, SPP had 39,777 megawatts of power available compared to a five-year average of 55,733. Prices for energy rose above $4,300 per megawatt-hour compared to $18 normally. To keep the lights on, SPP relied heavily on imports from other regions across the country.

But its own fuel sources varied in reliability. Fewer than half of the gigawatts of electricity created by natural gas that SPP counted on showed up on Feb. 16, the height of the outages. Coal generation was off by almost 25%. Wind, however, met its “accredited capacity,” meaning it was available at the level SPP forecasts. SPP officials said previously there were wind outages, but that wind power they didn’t count on helped offset that.

SPP officials delivered a similar message in preliminary remarks to the Kansas Corporation Commission earlier this year: that natural gas, normally reliable as a power generator that can be turned on quickly to meet peak demand, was a huge problem.

But the Monday update, where SPP staff presented their comprehensive review to the organization’s board, narrowed in on the industry more and asked SPP staff to come up with policies to help the transmission group ensure natural gas will be there in the future.

Staff recommended and the SPP board approved a list of recommendations, including that it will advocate for improvements to policies in the gas industry.

But one SPP board member said the organization’s review didn’t go deep enough.

Tom Kent, a member of SPP’s board and president and CEO of the Nebraska Public Power District, the state’s largest utility, said SPP’s review should have included why the network was short on fuel.

Nickell said the shortages of fuel emerged before the SPP implemented blackouts — not as a result of the blackouts.

SPP’s plan calls for coordination with the gas industry to develop better trading practices that allow electric utilities to access gas on short notice to use when demand is high.

SPP also will review its own practices when it comes to accrediting different types of power.

“Accredited capacity” is the amount of a given type of power SPP expects to rely on. For example, it accredited 22 gigawatts of coal power during the storm.

But on average over the past five years, SPP has only had 20 gigawatts available. And during the storm, production fell to 17.

The same was true for natural gas, only more dramatic. SPP accredited 30 gigawatts of natural gas. On average, it only has 25. On Feb. 16, it was only 13.

SPP’s review is only one facet of regulators’ and industry executives’ ongoing investigation into the February breakdown.

The Federal Energy Regulatory Commission is expected to issue a report, and state regulators are already dealing with how to spread out extraordinary energy costs stemming from huge spikes in natural gas prices during the cold snap.

Evergy customers in parts of Missouri may be paying off costs from the storm for 15 years. In Kansas, natural gas companies are starting to petition state regulators to recoup costs from customers over time

At the same time, SPP board member Geri Huser, chairwoman of the Iowa Utilities Board, said there’s still more to learn.

“I do not think or believe that we actually know what all the issues are, and I think it will be a long period of time before we know who benefitted, what problems were created, how they were created, and how we resolved them,” Huser said.