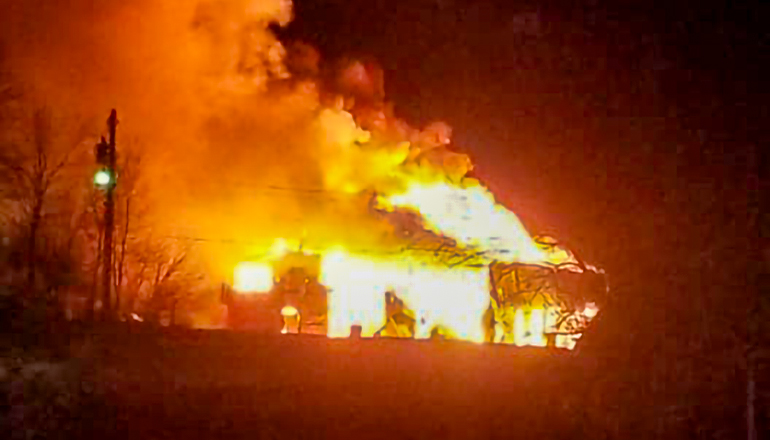 Grundy County Rural Fire Protection District Chief Kenny Roberts said the structure was fully involved when firefighters received the call around midnight. Roberts said the origin and cause of the fire were unknown, however, it was not suspicious.

North Central Missouri College Foundation and Alumni Association held the “Pirates Ball” at the event center earlier in the evening, however, no one was at the facility at the time of the fire. The last person was believed to have left the building around 10 o’clock and no vehicles were nearby.

Grundy County Rural Fire and Trenton firefighters were on the scene about two hours along with the Grundy County Ambulance Service.  No injuries were reported and the owner of the property was listed as the Mike Cooksey family.