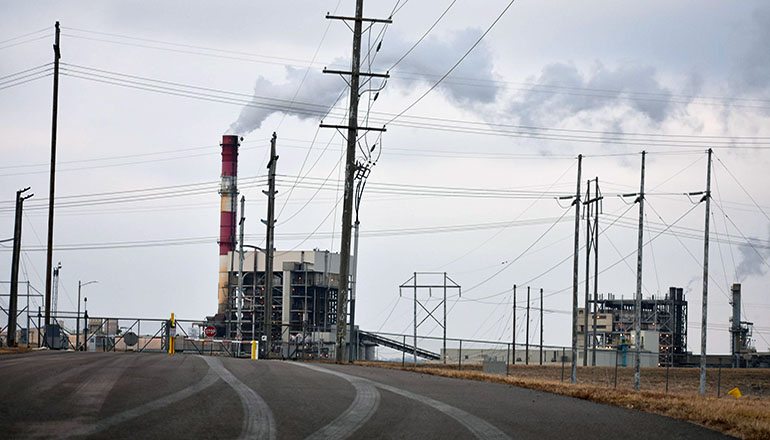 (Missouri Independent) – Evergy, an electric supplier to about 600,000 customers in western Missouri, will retire its coal power plant in Lawrence, Kansas, by the end of 2023, the company announced on Friday.

The utility revealed its plan to regulators in a filing with the Missouri Public Service Commission. The “integrated resource plan” lays out Evergy’s next few years in capital expenses and pledges to reach net-zero carbon emissions by 2045.

To that end, the company says it will retire “nearly all” of its remaining coal generation by 2040.

In a press release, Evergy’s president and CEO David Campbell said the company is moving toward a cleaner energy future while balancing needs of “reliability and affordability.”

“Our coal-fired fossil plants are now more flexible than ever and frequently operate as a backup to renewable generation sources,” Campbell said. “This flexibility allows us to adapt to real-time needs — running fossil plants more when renewable availability is low or customer demand is high. This measured transition toward more sustainable resource options maintains the reliability our customers need.”

The investor-owned electric utility, which trades on the New York Stock Exchange, serves about 1.6 million customers in Kansas and Missouri. It formed in 2018 from the merger of Kansas-based Westar and Kansas City Power & Light.

Evergy also plans to close a unit at the Jeffrey Energy Center near St. Marys in 2030. It was previously expected to close in 2039.

The Sierra Club said there was good news in the plan, but criticized Evergy for not retiring more coal plants.

“Evergy’s plan falls short of the action needed to mitigate the worst consequences of the climate crisis,” said Andy Knott, deputy regional director for Sierra Club’s Beyond Coal Campaign. “While the new investments in renewable energy are important, it’s unfortunate that Evergy is proposing to continue operating 80 percent of its coal fleet beyond 2030, a decision that is wildly inconsistent with a low-cost grid and necessary action to achieve climate progress.”

Sierra Club noted Evergy plans to continue operating part of its Iatan power plant near Weston, Mo., and Hawthorn, its plant between Northeast Kansas City and the Missouri River, past 2040.

According to a report by the Sierra Club, every year, about 20 premature deaths and 100 asthma attacks can be linked to Evergy coal plants in Kansas. According to the group’s estimations, with prices decreasing for renewable energy, Evergy’s coal fleet is a money loser.

“The continued operation of Evergy’s Kansas coal plants is actually going to cost customers in both states more, not less…” Knott said. “We call on Evergy to ensure that its new clean energy investments support communities most impacted by the COVID-19 pandemic. Clean energy can reduce air pollution and lower bills.”

Ashok Gupta, the senior energy economist for the National Resources Defense Council, said in Evergy’s release that Evergy’s pledge was a “big win for Missouri and Kansas and critical to decarbonizing building and transportation sectors.”

“It builds on the company’s strong history of success over the last ten years in advancing sustainability through industry-leading efforts in wind development, energy efficiency, and electric vehicle charging infrastructure,” Gupta said. “With additional state and federal policy support, greater emission reductions and continued cost-competitiveness are in reach.”

Evergy spokeswoman Gina Penzig said in an email the plan was developed before Kansas passed its securitization policy. She said while the company supports securitization, it is not “encourage or mandate” retiring power plants — nor does it create an incentive to do so.

“It establishes rules of the road for when it comes time to retire older power plants that have reached the end of their useful life in a way that minimizes the cost impact on our customers,” Penzig said. “Securitization does not impact the retirement dates we set for power plants in our fleet.”

The IRP says the pace at which the company retires fossil fuel plants and adds other resources will evolve “as technology, policy, and our operating environment changes.”

“For example, we are encouraged by current progress to advance securitization legislation in the states of Missouri and Kansas that would allow utilities to refinance the value of older plants at low-interest rates and use the funds raised to invest in the grid, including new renewable and dispatchable generation,” the plan says.

Evergy is also required to file the integrated resource plan with the Kansas Corporation Commission later this year.

Photo via Missouri Independent, photo taken by Tim Carpenter with the Kansas Reflector