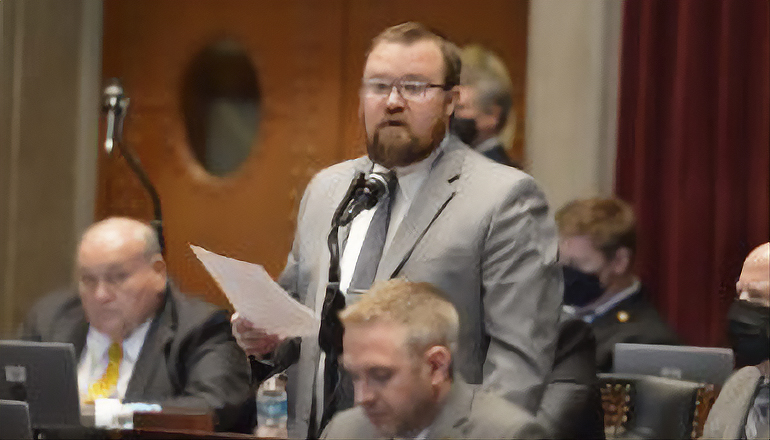 A gun law bill that passed the Missouri House Wednesday would punish a police department through civil lawsuits if an officer enforces federal gun laws. A twin of the bill is also moving through the Senate.  The “Second Amendment Preservation Act,” sponsored by Rep. Jered Taylor, R-Nixa, is aimed at disregarding any federal firearms actions by the Biden administration.

Someone could cue, asserting a violation of their right to bear arms, starting at $50,000. Opponents, including some police agencies, say that amounts to defunding the police.

State Rep. Ashley Bland Manlove, a Democrat from Kansas City is a former member of the National Guard.

Manlove is the leader of the Legislative Black Caucus. The vote stayed along party lines with a final vote count of 103-43.