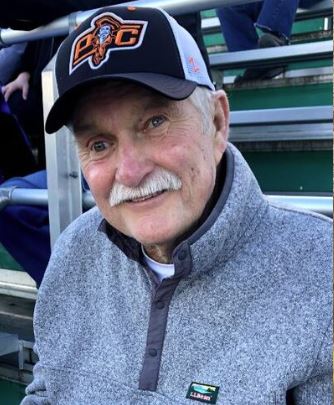 Robert (“Bob”) Lee Marriott, 73, of Chillicothe, Missouri, passed away on April 11, 2022, after a hard-fought battle following his COVID diagnosis in May 2021. In true Bob fashion, he fought until there was no fight left in him. He was tough as nails until the end and is now with his Lord and Savior Jesus Christ reunited with so many who loved him.

Bob was born on February 19, 1949, to Gilbert and Mildred (Taylor) Marriott in Cole Camp, Missouri. After graduating from Chillicothe High School in 1968, he attended Trenton Junior College. Shortly thereafter, he joined the family logging business with his father and brother, which he turned into a successful business throughout North Central Missouri.

In 1969, he met Shirley Ann Littleton, and they wed in 1971, going on to have three children, Jennifer, Jeff, and Emily. Bob was a member of the Church of Christ and the Chillicothe Elks Lodge.

Bob was the hardest worker, determined to provide for his family and give them the lives he felt they deserved. He was a devoted husband to Shirley for over 50 years, a true example of love and commitment. His family meant more to him than anything else in the world. Raising his young family, you would often see him training a junior Olympian race walker, cheering on his future NFL draft pick, or shining on stage during a father-daughter dance. He was unendingly proud of Jennifer, Jeff, and Emily, their careers and accomplishments, and the families they created.

Bob was also a passionate race car driver, hunter, and Mizzou football fan. He enjoyed annual trips to Colorado elk hunting with his brother, son, and other family members. Later in life, his passions included anything that his grandkids were doing. The thrill he got out of seeing his grandkids excel at school and on the field, court, or mat was something to behold. One of his greatest joys was teaching each of his grandkids to fish at the pond he built.

Anyone who knew Bob knew that he was the most loving father, husband, and friend anyone could ask for. He cherished his friendships and would do anything for a friend in need. Many might describe him as quiet, polite, and shy, but his orneriness and devilish grin were traits those closest to him will never forget.

Bob was predeceased by his parents and his brothers, Gilbert Jr., Charles, and Phillip. He is survived by his beloved wife Shirley and dog Buddy, of the home; daughter Jennifer Sackson and husband Tim of Colleyville, TX; son Jeff Marriott and wife Michelle of Platte City, MO; daughter Emily Taylor and husband Chris of Littleton, CO; grandchildren Owen and Annabel Sackson; Rocco, Hank, and Ceci Marriott; and Jack and Charlotte Taylor; and many nieces, nephews, cousins and friends.