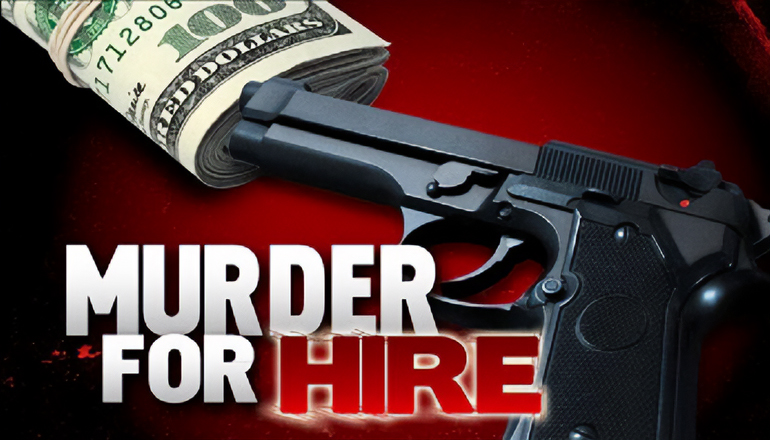 A Missouri, man has been sentenced in federal court for attempting to hire an undercover law enforcement agent to murder the victim in a pending statutory sodomy case.

Jon Mark Wilson, 58, of Sedalia, was sentenced by U.S. District Judge Brian C. Wimes on April 5, 2022, to 10 years in federal prison without parole.

On Sept. 28, 2021, Wilson pleaded guilty to one count of the use of interstate facilities (the use of a cell phone and crossing state lines) in the commission of murder for hire. Wilson admitted that he paid $2,000 to an undercover agent with the Bureau of Alcohol, Tobacco, Firearms, and Explosives to murder his alleged victim in a separate state case. Wilson has been charged in Pettis County, Mo., with two counts of felony first-degree statutory sodomy in a case that is still pending.

Wilson solicited another person in January 2019 to arrange the murder for him so that he could avoid prosecution in the Pettis County case. That person contacted law enforcement authorities and helped arrange a meeting with Wilson and the undercover agent. Wilson agreed to hire the undercover agent to murder the intended victim. During that meeting, according to court documents, Wilson told the undercover agent he wished he could have the victim’s mother killed as well, but he did not have the money. Wilson said he hoped the victim’s mother would be so distraught over her child’s death that she would kill herself.

On Jan. 22, 2019, Wilson drove from Sedalia to Kansas City, Kansas, to meet with the undercover agent. Wilson paid the undercover agent $2,000, made arrangements to pay another $5,000 after the murder, and gave him a photo of the intended victim. Wilson also went into the Cabela’s store and purchased 25 shotgun shells for the undercover agent to use in the murder. When Wilson left the area, he was stopped and arrested by a Missouri State Highway Patrol trooper.

This case was prosecuted by Assistant U.S. Attorney Ashley S. Turner. It was investigated by the Bureau of Alcohol, Tobacco, Firearms and Explosives, the Missouri State Highway Patrol, and the Sedalia, Mo., Police Department.