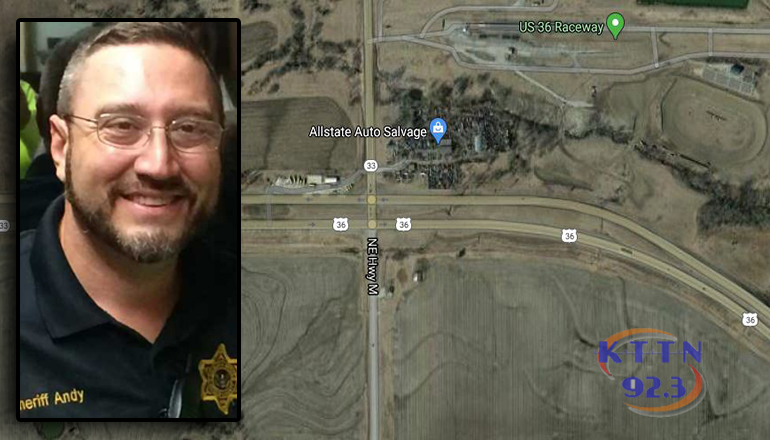 The sheriff in northwest Missouri’s DeKalb County, Andy Clark, was killed in a car crash that happened Wednesday on Highway 36 at the Osborn junction.

The Missouri State Highway Patrol reports Clark’s vehicle had its emergency lights on when it collided with an SUV, and that four people in the SUV were taken to a hospital. No report was issued on the extent of injuries to the occupants of the SUV

The crash happened at about 11:30 Wednesday morning. Sheriff Puett tells KFEQ that Sheriff Clark was a good man and an outstanding sheriff, who was passionate about serving his community.

Sheriff Andy Clark took office in DeKalb County on September 1, 2016. He is the first Missouri sheriff to die in the line-of-duty since 1994. Maries County Sheriff Roy Bassett was shot and killed while assisting a Missouri State Highway Patrol Trooper to investigate a minor traffic accident.

Sheriff Clark was on his way to help his deputy who was trying to catch a man accused of fleeing after stealing a package of beer.