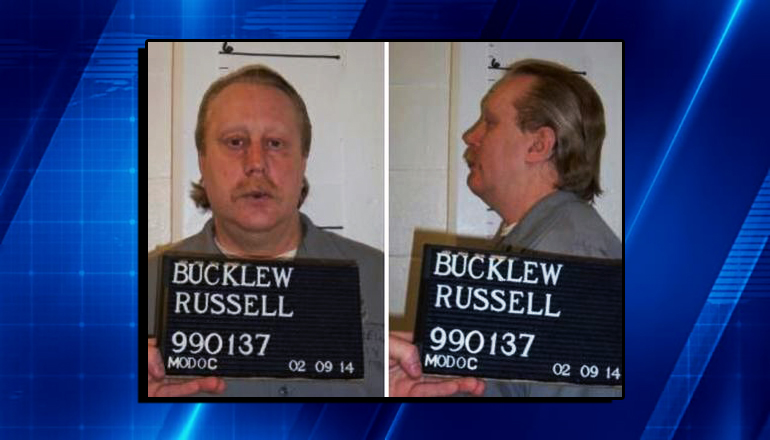 Convicted killer Russell Bucklew’s Missouri execution is scheduled for Tuesday, but his lawyer claims the act would amount to cruel and unusual punishment.

KFVS reports attorney Cheryl Pilate says the killing could be “gruesome and painful” because of a rare medical condition. Bucklew was moments away from execution in 2014 when the U.S. Supreme Court stepped in and blocked the procedure for the same reason.  He suffers from a condition in which vessels form blood filled tumors in his head and throat.

The 49-year-old was convicted in 1996 of murdering a man who was dating his estranged girlfriend. Police says Bucklew killed the man, Michael Sanders of Cape Girardeau, in front of the children of both Sanders and the woman before he raped the woman in a secluded location. He then drove to St. Louis with the woman as a hostage, where he got into a shootout with police and took a bullet to the head. KFVS reports that after being incarcerated in Cape Girardeau, Bucklew escaped and hid in a pantry from which he attacked the woman’s mother and the mother’s boyfriend.

The Eighth U.S. Circuit Court of Appeals in St. Louis has refused to stop Tuesday’s execution while an appeal is pending before the U.S. Supreme Court. Bucklew’s attorney has also asked for clemency from Republican Gov. Eric Greitens.