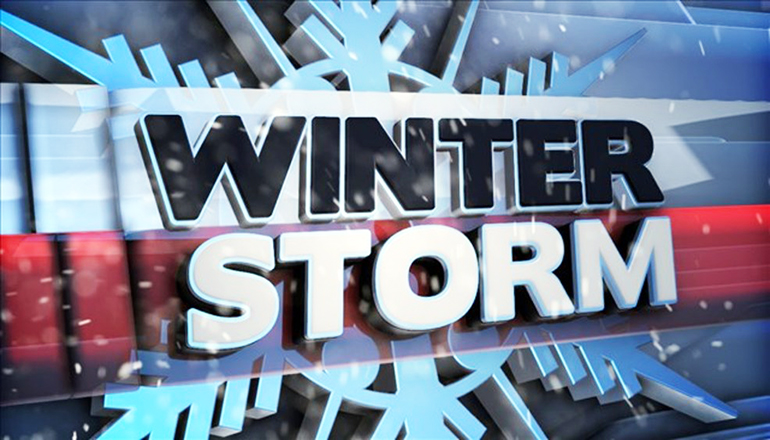 A Winter storm is expected to impact the area late Thursday night into Friday bringing accumulating snow, sleet, and freezing rain. Travel conditions will quickly deteriorate. All areas north of Highway 36 in northern Missouri are encompassed by either a Winter Weather Advisory or a Winter Storm Warning.

Areas, where lighter snow and ice is expected, are covered by a Winter Weather Advisory and include those counties closer to the Missouri/Iowa border. The brunt of the storm system is expected to pass further south and encompasses counties in a Winter Storm Warning.

A Winter Weather Advisory is now in effect from midnight tonight to 8 pm Friday evening for the following counties:

Counties under the Winter Weather Advisory can expect wet snow with total accumulations of 3 to 5 inches along with approximately one-tenth of an inch of ice.

The forecast for tonight through Friday night for those under the Winter Weather Advisory is as follows:

Friday Night: Cloudy, then gradually becoming partly cloudy, with a low around 15. North northwest wind 5 to 14 mph, with gusts as high as 22 mph.

Further to the south, a Winter Storm Warning is in effect from midnight tonight until 8 pm Friday evening for the following counties in northern Missouri:

The current forecast for tonight through Friday night for those under a Winter Storm Warning is as follows:

Tonight: Snow likely, mainly after 5 am. Mostly cloudy, with a low around 24. East wind 5 to 8 mph. The chance of precipitation is 70%. Total nighttime snow accumulation of less than a half-inch possible.

Friday Night: Cloudy, then gradually becoming partly cloudy, with a low around 16. Northwest wind 5 to 14 mph, with gusts as high as 22 mph.

Drivers are urged to slow down and plan extra time if you must be out or be prepared to stay at their travel destination if roads become dangerous.

MoDOT crews will be treating ahead of the storm when beneficial, but with the potential of liquid precipitation preceding and following the ice, salt and chemicals could be washed from the road’s surface before they could be effective.

Drivers should use extreme caution overnight from New Year’s Eve into New Year’s Day as road conditions could deteriorate rapidly wherever freezing precipitation is falling. It only takes a little bit of ice to create slippery roads. If you are involved in a crash or slide off the road, the safest thing to do is to stay inside your vehicle and wait for help to arrive.

There were 51 people killed and 261 seriously injured in Missouri traffic crashes between December 10, 2019, and January 1, 2020.  Twelve of the fatalities and 40 of the serious injuries involved a substance-impaired driver.

Keep informed of rapidly changing weather conditions and prepare to respond accordingly. Check road conditions where you are, along your route, and at your destination by going to MoDOT’s Traveler Information Map at traveler.modot.org. The map can also be downloaded as a free app for Apple and Android devices. 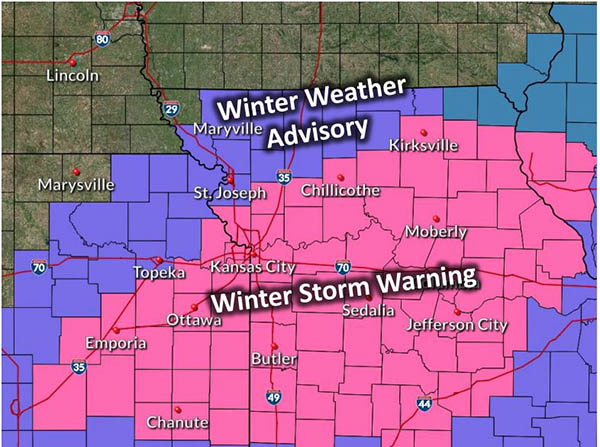 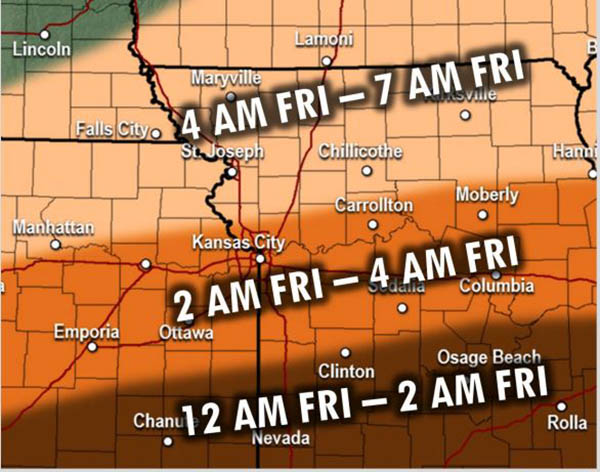 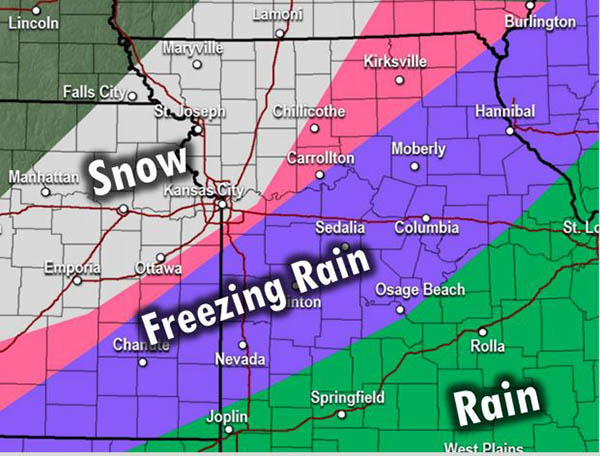