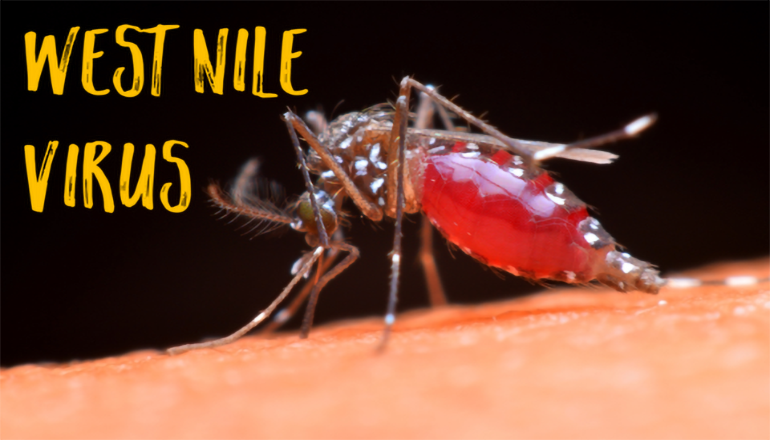 Though mosquitoes often become a nuisance in early summer, the danger of catching a mosquito-borne illness continues into the late summer months. As long as temperatures remain warm, mosquitoes will continue to be a pest and a potential danger to one’s health. So while Labor Day marked the unofficial end of summer, the Missouri Department of Health and Senior Services (DHSS) is reminding people that the threat of West Nile virus (WNV) and other mosquito-borne illnesses are real, the diseases can be serious, and prevention is simple but effective.

“While summer may be coming to a close, Missourians need to remember to stay alert and be proactive in preventing mosquito-borne illnesses, including West Nile virus,” said Dr. Randall Williams, DHSS Director.

Williams said that while increased mosquito activity created by flooding this spring can lead to mosquitoes that are aggressive biters, these do not pose a higher WNV risk. Pools of stagnant water left by receding floodwaters and summer rain create the perfect breeding grounds for mosquitoes that can carry the virus, however.

Over the past five years, around 20 WNV disease cases have been reported annually in Missouri, including an average of almost two WNV-associated fatalities each year. The highest number of recorded WNV cases in Missouri in a single year was 168 in 2002, with eight associated deaths. To date in 2019, DHSS has recorded one human case of WNV disease. This case was the “neuroinvasive” form of the disease, which means it can involve the brain and other parts of the nervous system and might result in permanent neurologic damage or death. Fortunately, this case did not result in a fatality.

Horses are also susceptible to WNV infection, accounting for almost 97 percent of all reported non-human mammalian cases of WNV disease. As of August 30, 2019, no equine cases have been reported to DHSS. However, 26 dead bird reports have been recorded from various parts of the state involving species that are known to be sensitive to WNV infection. Currently, testing of sick or dead wild birds for WNV is not routinely conducted. In addition, a great horned owl from Cole County tested positive for WNV on August 28.

While the number of human and animal cases in 2019 is currently low, the majority of cases in Missouri and many other states historically occur in late summer and early fall.

WNV and other mosquito-borne agents are found around the United States and in other countries. One other agent is eastern equine encephalitis (EEE) virus, which can cause extremely severe disease in people and horses. No human cases of EEE virus disease are known to have been contracted in Missouri. EEE virus transmission is most common in and around freshwater hardwood swamps in the Atlantic and Gulf Coast states and the Great Lakes region.

The best way to avoid illness due to any mosquito-borne agent is to avoid mosquito bites. When going outdoors, use an insect repellent on the skin that contains DEET, picaridin, or another EPA-approved ingredient that is effective for mosquitoes to help prevent bites. Protective clothing, such as long pants and long sleeves (when weather permits) can minimize exposed skin. Permethrin is a product that can be applied to clothing or gear that will be used outdoors. It is long-lasting and can withstand multiple washes before re-applying. Do not use permethrin directly on the skin. As always, read and follow all product label instructions carefully.

Around the home, several precautions can be taken to reduce WNV risk, primarily removing standing water from yards. Mosquitoes that carry WNV prefer to breed in locations that have standing water, such as birdbaths, buckets, flower pots, tires, and pool covers. By emptying these items or changing the water weekly, the number of mosquitoes around homes can be reduced. To prevent mosquitoes from entering homes, it is recommended that residents use air conditioning if it is available. Screens should be installed and maintained on all windows and doors around the home to keep mosquitoes out.

For more information about WNV or mosquitoes, please visit: