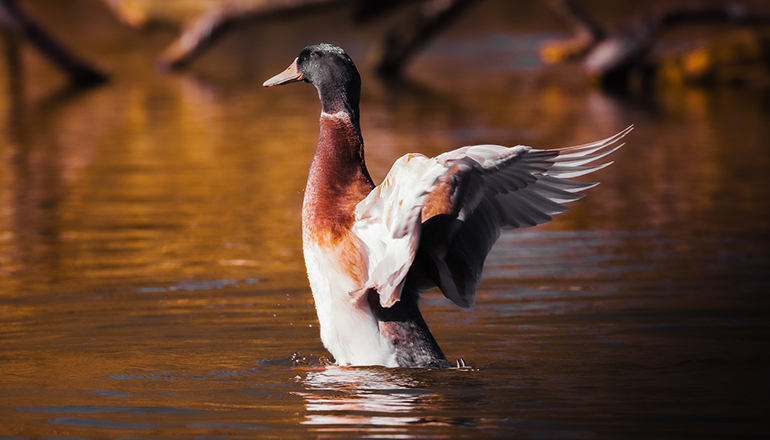 To help prevent the spread of highly pathogenic avian influenza (HPAI), the Missouri Department of Agriculture has suspended all domestic waterfowl and waterfowl egg auctions, shows, and swap meets through the end of May. Federal officials have confirmed cases of HPAI in Stoddard, Bates, Jasper, and Lawrence Counties. HPAI is known to be deadly for domesticated poultry.

The statewide auction, show, and swap meet suspension only apply to domestic waterfowl and waterfowl eggs. However, it is not applicable for days-old duckling sales at feed stores. Such ducklings are born in National Poultry Improvement Plan (NPIP) flocks, which are voluntarily tested by the USDA Animal and Plant Health Inspection Service.

The suspension affects domestic waterfowl, specifically, because they are more likely to comingle with wild, migrating waterfowl that carry HPAI. Also, it is proven waterfowl are less likely to show signs of HPAI, which can lead to unintentional spreading of the virus.

In addition, all poultry auctions, shows, and swap meets are suspended in counties containing control areas or surveillance zones, determined by the Missouri Department of Agriculture, until the virus has been eradicated. Poultry can still be sold and exhibited in unaffected counties, at this time, with strict biosecurity measures.

“The Missouri Department of Agriculture is working hard to contain and eliminate the virus, said. “Restricting comingling of domestic waterfowl is crucial to stopping the spread of avian influenza in Missouri. And, as always, we encourage producers to tighten biosecurity protocols.”

Poultry producers should prevent contact between their birds and wild birds, and report sick birds or an unusual increase in death loss to the state veterinarian’s office at (573) 751-3377.

The domestic waterfowl auction, show, and swap meet suspension will be reevaluated at the end of May.

For more information about avian influenza in Missouri, visit this link.