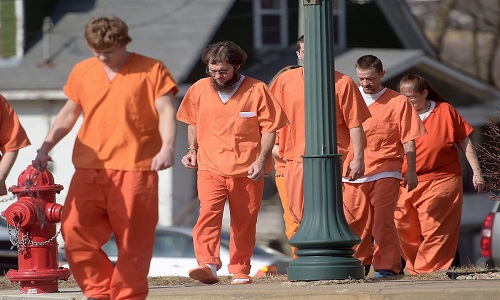 (St. Joseph News Press) – Testimony in a bond hearing Wednesday revealed an ongoing criminal investigation against an Amish man charged with poisoning his own wife.

Samuel Borntreger appeared in a Harrison County courtroom Wednesday on a charge of first-degree murder in the death of his wife, Anna Yoder Borntreger, in 2006. Authorities raised the possibility of additional charges while arguing that Borntreger’s bond shouldn’t be lowered from its current level of $250,000.

Harrison County Sheriff Josh Eckerson took the stand Wednesday to answer questions from Cristine Stallings, the county prosecutor. The sheriff said in open court that he’s currently investigating Borntreger for allegations of child abuse and sexual misconduct. No new charges have been filed.

The state would have to ensure Borntreger did not have contact with children, Eckerson said. He also called Borntreger a flight risk because he has no Social Security number, no driver’s license and no government identification card.

The men in the Amish community all wear the same type of black and white clothes, and Borntreger could blend in and move wherever he wanted, the sheriff said.

The community doesn’t generally participate in the justice system, he said. With no phones and no way to do electronic monitoring, Borntreger would be a flight risk, the sheriff said.

The sheriff also said he knew many in the Harrison County Amish community who didn’t want to see Borntreger released on bond.

Raymond Kurtz, a member of the local Amish community, testified for the defense. He said the community wasn’t concerned and he didn’t believe Borntreger would flee.

Under cross examination, Kurtz admitted that he’d only been in Harrison County about a year. Kurtz also said he’d never known Borntreger or his wife.

Joshua Smith, the defense attorney, argued the state’s concerns about his client being a flight risk were mere conjecture.

“He turned himself in,” Smith said. “And the local community doesn’t fear him.”

The defense asked for a $50,000 bond with a requirement for a deposit of 10 percent.

Smith reminded the judge, “Bail isn’t to used as a punishment.”

Stallings asked the court to deny any bond, saying Borntreger is a flight risk and danger to the community.

Associate Circuit Judge Thomas Alley heard all the testimony and took the mater under review and signed an order Wednesday afternoon refusing to reduce the $250,000 cash only bond.