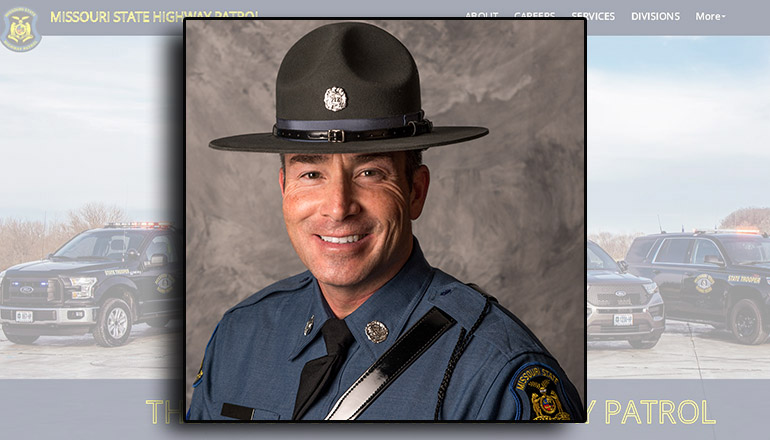 Corporal Richard A. Stewart, Recruiting and Community Outreach Division, General Headquarters, Jefferson City, MO, is being promoted to sergeant and will remain in his current position as a full-time recruiter for the Troop A, Lee’s Summit, MO, and Troop H, St. Joseph, MO, areas.

Stewart was appointed to the Patrol on March 15, 2000, as a member of the 77th Recruit Class. Upon completing his training at the Patrol’s Law Enforcement Academy, he was assigned to Troop D, Zone 6, Lawrence and Dade counties. He transferred to Zone 11, Jasper County, in July 2005. Stewart transferred to Troop C, Zone 5, Lincoln and Pike counties in April 2006. In July 2007, he returned to Troop D, Zone 11, Jasper County. In January 2017, Stewart transferred to the Recruiting and Community Outreach Division as a full-time recruiter covering the Troop A and Troop H areas.