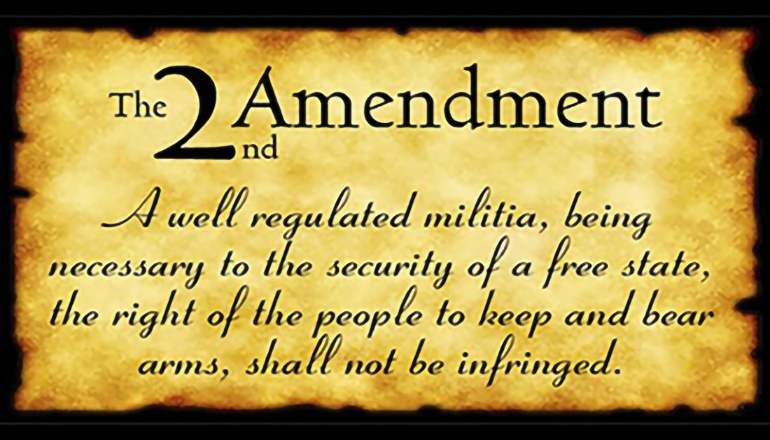 Missouri Attorney General joins a coalition of 26 states to protect Americans’ right to self-defense at the United States Supreme Court.

The amicus brief, which was filed earlier today, begins with, “New York’s handgun permit regime, with its ‘proper cause’ requirement, unconstitutionally prevents the vast majority of law-abiding citizens from exercising their fundamental, enumerated right to defend themselves when it is most necessary—before they become a victim.”

Forty-two states have objective-issue permitting regimes, or “Shall Issue” permitting, meaning that an objective set of criteria is reviewed when considering issuing concealed carry or firearm permits. This criteria can be a background check, mental health records check, fingerprinting, knowledge of applicable laws, firearms training, or other requirements. Comparatively, according to the brief, “In addition to requiring the above-mentioned objective criteria (e.g. background check, mental health records check, etc.), New York requires that an applicant “‘demonstrate a special need for self-protection distinguishable from that of the general community or of persons engaged in the same profession.’” The Second Amendment provides all the “special need” that law-abiding Americans need to justify carrying a firearm to defend themselves.

According to New York City Police Department regulations, an applicant can show proper cause through “extraordinary personal danger, documented by proof of recurrent threats to life or safety,” meaning that applicants can only apply after they’ve already potentially faced threats on their life or worse.

To illustrate the sheer improbability of passing New York’s high bar to obtain a license, the brief provides examples of citizens who have been denied licenses, including a WWII veteran who was honorably discharged, a criminal defense attorney who faced threats from dissatisfied clients, and merchants, doctors, and elevator repairmen traveling or working in high-crime areas.

Moreover, the brief provides empirical evidence that those who obtain concealed carry or firearm permits are arguably more law-abiding than the general population. Citing the Violence Policy Center, the brief notes, “nationwide, VPC data shows that “America’s 18 million concealed-carry permit holders accounted for 801 firearm-related homicides over a 15-year span … roughly 0.7% of all firearm-related homicides during that time.”