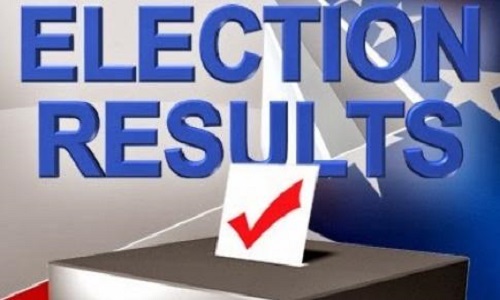 On Tuesday, the final totals for Grundy County show Donald Trump with 886 Republican votes. Among those on the Democratic ticket, Joe Biden received 305 and Bernie Sanders 116 votes. Next were Michael Bloomberg with 12, Tulsi Gabbard and Pete Buttigieg each had 6; and Elizabeth Warren with 5. All others among the Democrats had vote counts of zero or one.

Both Trump and Biden carried all nine precincts and absentees in Grundy County.

Mercer County reported a 21 percent voter turnout with 467 votes. 339 voted for Trump; 83 for Biden and Bernie Sanders had 34 votes.

In Sullivan County, all 371 Republican ballots went to Donald Trump. Among Democrats, it was Biden 157 and Sanders 52. Just 611 ballots were tabulated.

Livingston County had a 19 percent voter turnout with 1,747 ballots. Trump had 875 among Republicans; Biden 583 and Sanders 202 among Democrats.

Harrison county had nearly an 18 percent voter turnout with 894 ballots. Trump had 596 Republican votes. Among Democrats, Biden 186 and Sanders 68.

Twenty percent was the voter turnout in Putnam County with 673 ballots cast. Trump had 474 among Republicans. For Democrats, Biden 124 and Sanders 48.

registered. Trump received 486. Among Democrats, Biden got 299 and Sanders 93.