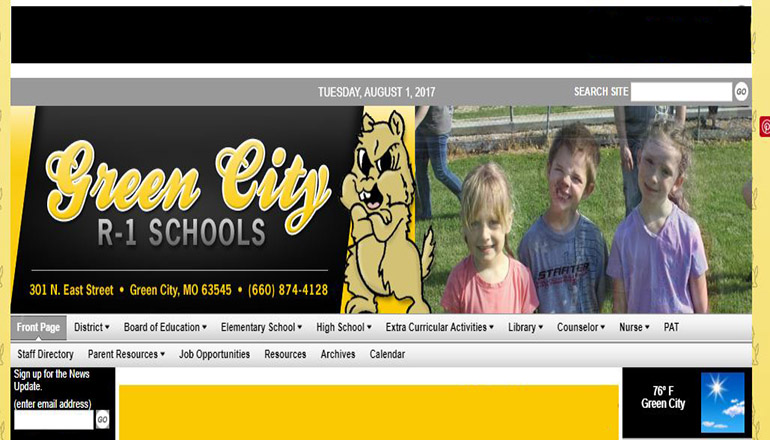 The Green City R-1 School District has announced the dismissal of classes at 12:45 Wednesday, October 21st due to a large number of staff members out of the building due to illness. Classes will not be in session Thursday, October 22nd, either.

Green City R-1 reported it has not had reports of positive COVID-19 tests as of Wednesday morning, October 21st. It was not aware of any staff member who has been tested and is waiting for results. There are not enough substitutes to cover all classes.

Parent-teacher conferences at Green City will not be held Thursday, October 22nd. Teachers are to contact families in the next two weeks to discuss student progress. Families can schedule in-person conferences next week.

Parents are asked to contact the Green City School District if they need to make alternate arrangements for their children for after school Wednesday, October 21st.